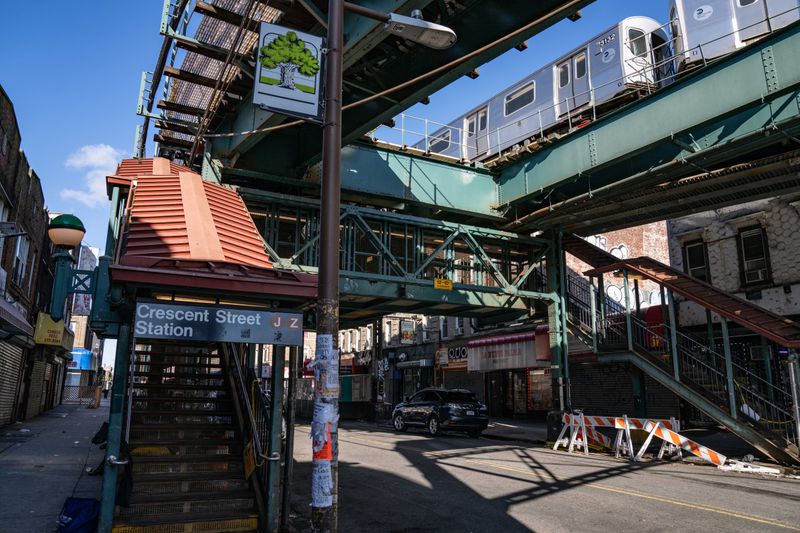 A 28-year-old man was stabbed in the stomach while riding a D train in upper Manhattan around 11:20 p.m. — but kept riding into the Bronx where he sought help, cops said. The suspect sat down next to the victim and uttered a homophobic slur, sparking an argument, according to police.

The assailant stabbed the victim in the gut with a sharp object as the train pulled into the 155st St. station in Washington Heights. The suspect jumped off the train there and fled. Police were alerted to the crime when the victim reported it at Transit Bureau’s precinct at the 161st St.-Yankee Stadium station, cops said.

At almost exactly the same time and on the other side of the city, another man was slashed in the face while riding a J train at Crescent St. in Brooklyn. The attack appeared to be unprovoked, and the victim was cut from the side of his left ear to his eye, cops said.

The two attacks ended a hellish day for the MTA, which included at least three delay-inducing incidents transit officials blamed on mentally ill straphangers. In one of the incidents, an unstable man barricaded himself in the operator’s cab of a J train at the Broad St. station in lower Manhattan, forcing the MTA to cut off some Financial District service for roughly 90 minutes.