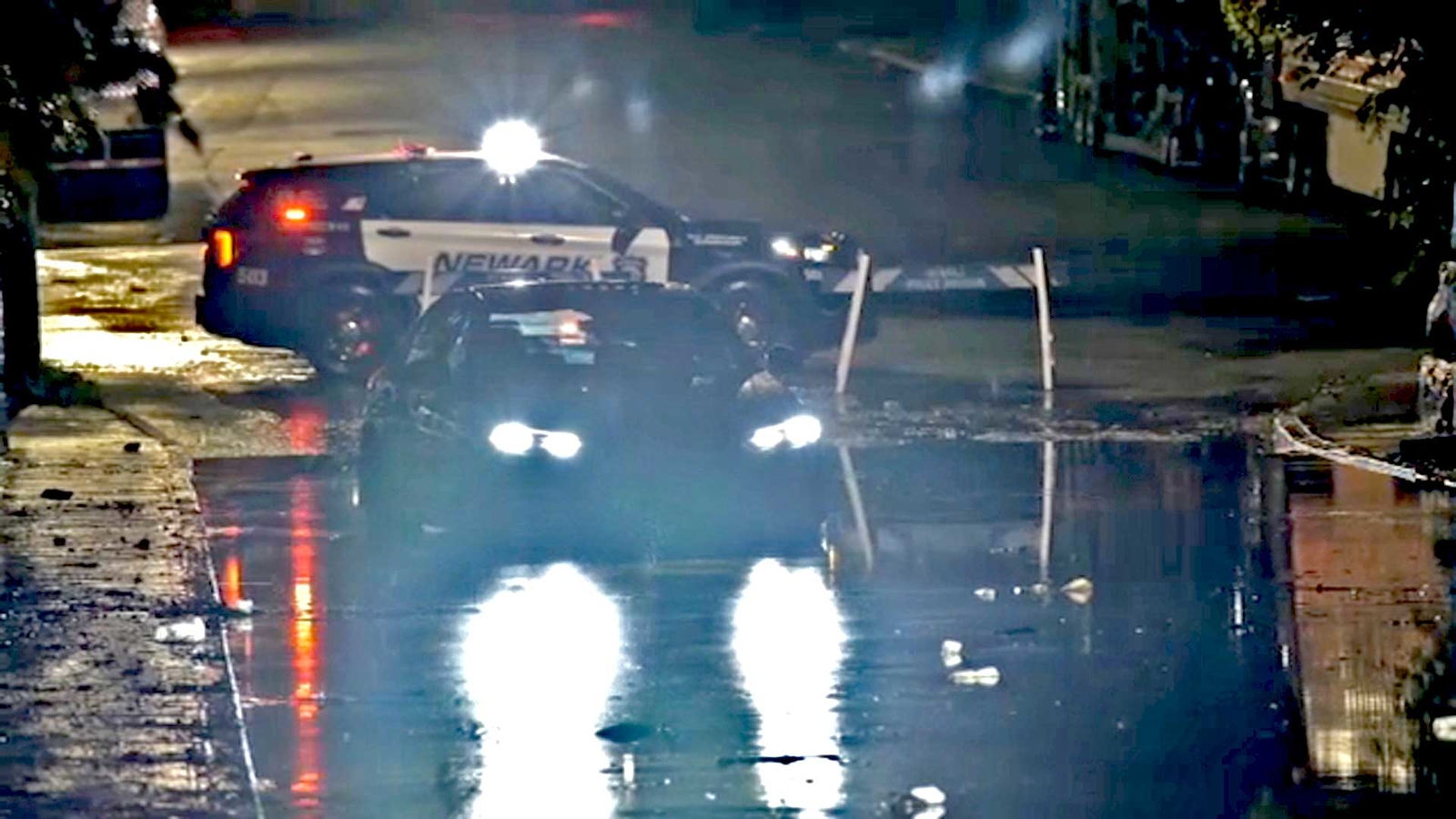 Heavy rain collected on the road under an NJ Transit overpass, making the street impassable.

Video showed a sedan that got stuck in the rushing water.

It was a similar scene in other parts of the area.

Many cars were disabled on highways in Queens as water started to recede from the overnight storms.

Firefighters made a handful of rescues and were able to push most of the cars to the sides of the roadways to get traffic moving.

The Long Island Expressway was hardest hit, with cars disabled at 108th Street, where water pushed up manhole covers, flooding the road.

The highway also flooded near Maurice Avenue, at the Grand Central Parkway and the Van Wyck Expressway.

More cars were disabled on the northbound Clearview Expressway at 48th Avenue and on the Brooklyn Queens Expressway northbound at Queens Boulevard.

The Cross Island Parkway remained flooded at the Throgs Neck Bridge, with cars only driving around standing water on the shoulder.

Heavy waves of rain moved through the region just as the morning commute started, even briefly prompting a tornado warning over in southern Brooklyn and Queens, after a severe thunderstorm capable of producing a tornado was located just south of Coney Island.