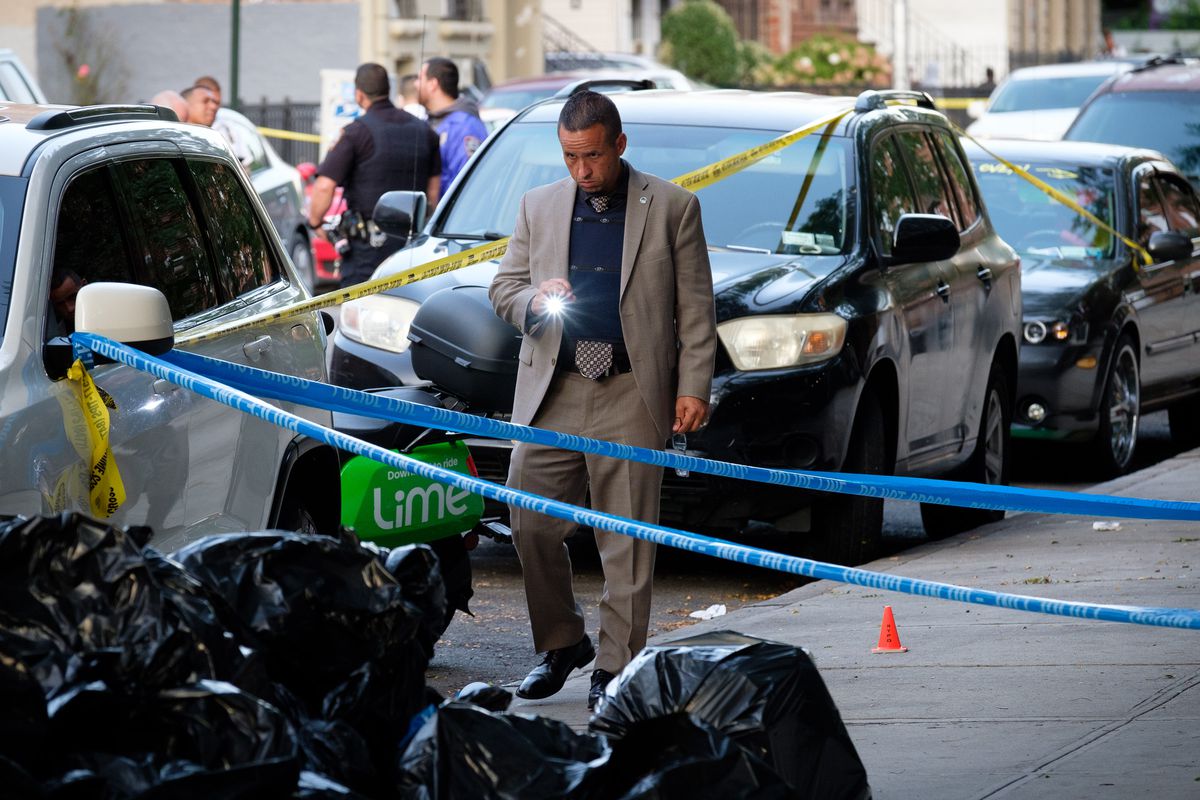 The suspected gunman in a Brooklyn double shooting that killed one man and wounded another in early September has been arrested, police said Saturday.

Howell is accused of opening fire on Jermaine Hill-Cross, 23, of Manhattan, and another man as they stood on Clifton Place near Nostrand Ave. in Bedford-Stuyvesant about 5:45 p.m. Sept. 10.

“He [the shooter] walked up on them and shot them,” one man who asked not to be named told reporters at the time. “They were trying to bring him back, pumping his chest, but he didn’t make it.”

Hill-Cross was taken to Woodhull Hospital, where he died, police said.

A 42-year-old man, who police believe was not the shooter’s intended target, was shot in the buttocks and taken to Kings County Hospital where he was treated and released. At least five shell casings were left on the street after the shooting.

Hill-Cross’ mother told The News she didn’t know what her son was doing in Brooklyn when he was murdered.

“He was a loving son. I will never see him again,” said Simone Hill-Cross, 44. “He will never come walking through that door. It’s very devastating.”

Cops charged Howell with murder and criminal possession of a weapon. His arraignment in Brooklyn Criminal Court was pending Saturday.