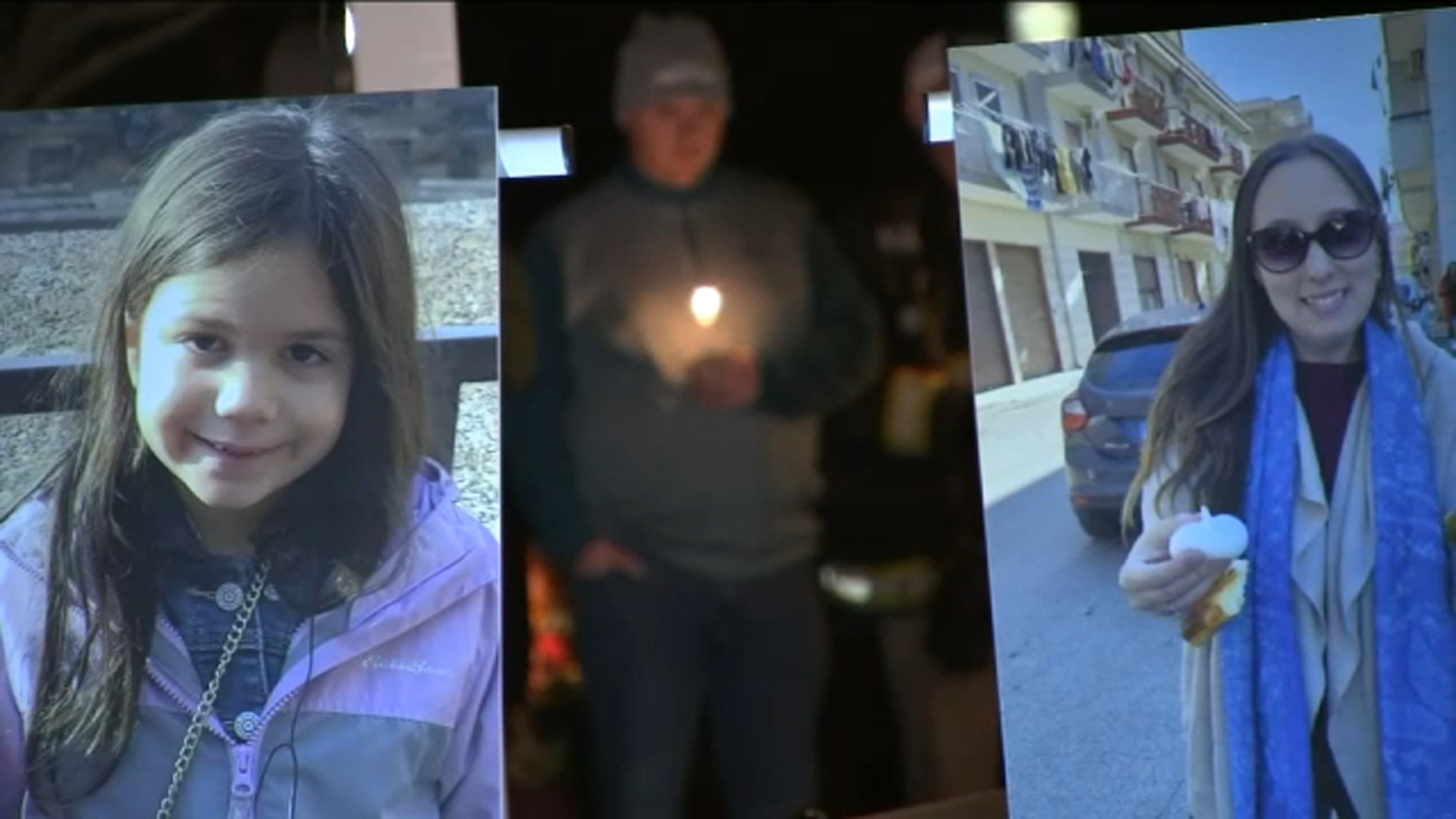 An emotional vigil was held Tuesday night to honor the memory of a mother and daughter killed in a house fire in New Jersey.

Amid the glow of countless candles, the small township of Hazlet grieved.

“The moment that my daughter passed away my wife was standing in heaven with her arms wide open and said come to mama,” Will Montanaro said.

They grieved alongside the father and husband, who lost his wife Jackie and their 6-year-old daughter Madelyn.

The family was ripped apart in a burst of heat and flames that showed no mercy.

“My wife and I were sleeping, and the alarm went off,” Will Montanaro said. “I went down the stairs and I saw my electrical box blazed. I never seen a fire like that in my life.”

The fire started before dawn on Friday. Will Montanaro cleared a path for Jackie and their two daughters, Madelyn and Elena, but Madelyn never made it out.

Will Montanaro tried to reenter the house, but the choking smoke drove him out.

“Obviously I’m a father, my job is to protect my children and when I knew I couldn’t go any further I told my wife that’s it, we gotta wait, there’s no way in hell we’re getting in this house,” he said. “And she just looked at me and didn’t wanna hear it and just bolted back in that house.”

Jackie Montanaro was a federal first responder, a senior officer with Customs and Border Protection. Her instinct was to save their daughter. But Will Montanaro would never again see either of them alive.

“We care about each other here and tonight we stand together to support our neighbors, the Montanaros, who have experienced an unimaginable loss,” Hazlet Mayor Michael Sachs said.

Since the tragedy, neighbors have raised more than a quarter million dollars to help Will Montanaro and his older daughter Elena.

It’s just the two of them now to keep their family’s legacy alive.

“I keep running through my head what I could have done differently, I just pray to God nobody ever gets to deal with what I dealt with and what I saw,” Will Montanaro said.

The Monmouth County Prosecutor’s Office is now trying to get to the bottom of this tragedy.

They say the fire doesn’t appear to be suspicious, but they haven’t revealed anything about a potential cause.

Arrangements have been made for Jackie and Madelyn Montanaro.

Viewings will be held this week on Wednesday and Thursday from 4 p.m. to 8 p.m. at Holmdel Funeral Home.

The funeral will be held at St. Benedict R.C. Church in Holmdel on Friday at 10 a.m.