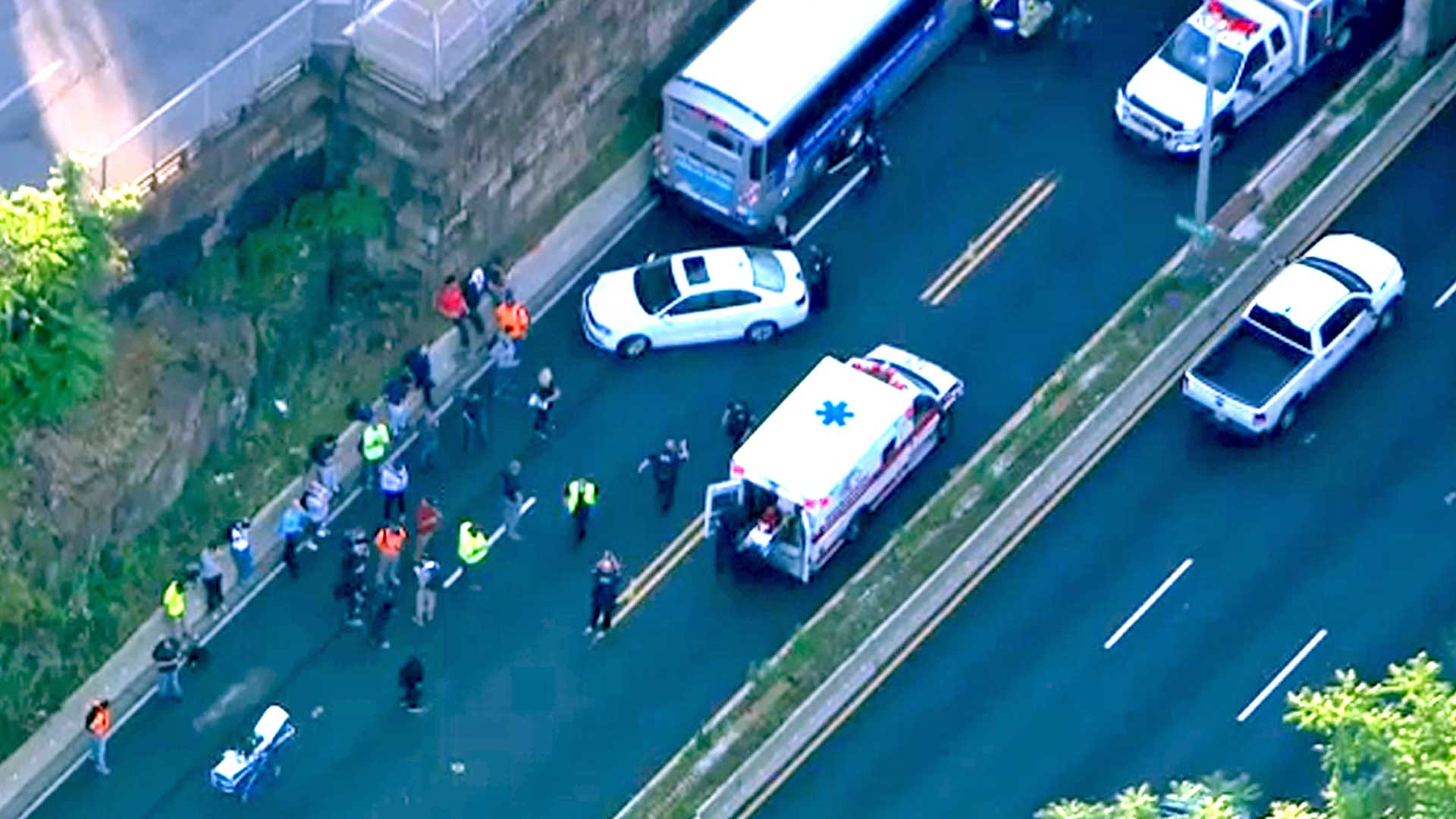 A commuter bus was involved in a multi-vehicle crash on westbound Route 495 in Union City.

The bus appeared to be inbound in the express bus lane when it collided with westbound cars at Bergenline Avenue just before 6:30 a.m. Tuesday.

Several people on the bus were being taken to the hospital to be checked out.

All of the injuries appeared minor.

The bus is operated by Academy Bus Lines, which provides daily bus service from New Jersey to Manhattan.