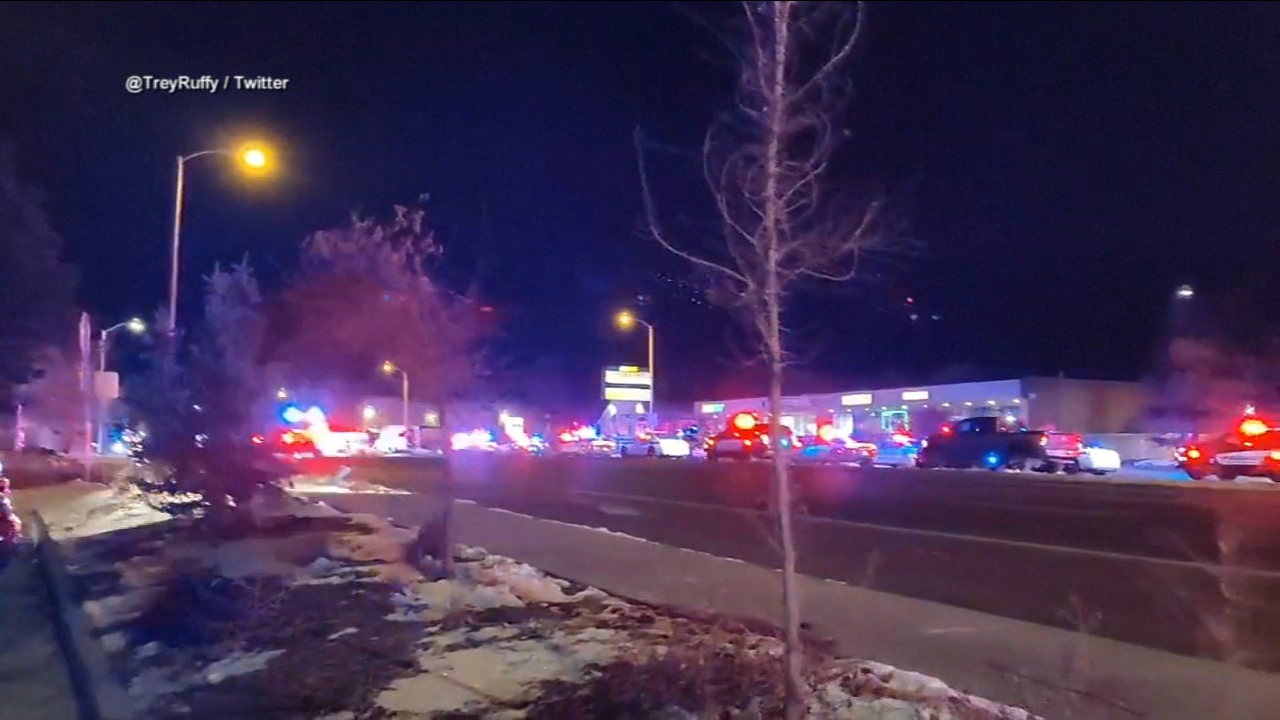 The suspect in the shooting at Club Q was identified as Anderson Lee Aldrich, according to Colorado Springs Police Chief Adrian Vasquez. He used a long rifle in the shooting, and two firearms were found at the scene, he said.

At least two people inside the club stopped the gunman and prevented further violence, Vasquez said. “We owe them a great debt of thanks,” he said.

“Club Q is a safe haven for our LGBTQ citizens,” he added. “Every citizen has a right to feel safe and secure in our city, to go about our beautiful city without fear of being harmed or treated poorly.”

The incident lasted just minutes. Police received numerous 911 calls starting at 11:56 p.m., officers were dispatched at 11:57 p.m., an officer arrived at midnight and the suspect was detained at 12:02 a.m., police said.

“They did locate one individual who we believe to be the suspect inside,” Colorado Springs Police Lt. Pamela Castro said. “At this point in time, the suspect is being treated, but is in custody.”

In a statement on social media, Club Q said it was “devastated by the senseless attack on our community” and thanked “the quick reactions of heroic customers that subdued the gunman and ended this hate attack.”

Police did not release details of how the shooting ended, but Castro said, “this was not an officer-involved shooting.”

The location of the shooting is reminiscent of the 2016 attack at an LGBTQ nightclub in Orlando, Florida, in which a gunman who pledged allegiance to the Islamic State killed 49 people and wounded at least 53.

Colorado has been the site of some of the most heinous mass shootings in US history, including the 1999 shooting in Columbine High School and the 2012 movie theater shooting in Aurora.

Police declined to speak about a possible motive in this latest shooting.

Club Q posted earlier in the day that its Saturday night lineup would feature a punk and alternative show at 9 p.m. followed by a dance party at 11. The club also planned to hold a drag brunch and a drag show on Sunday for Transgender Day of Remembrance. The club’s website now says it will be closed until further notice.

Castro did not clarify whether the suspect was included in the count of people who were injured in the shooting.

“We will be here for many, many hours to come,” said Castro, adding that the FBI is on the scene and assisting.

“We are eternally grateful for the brave individuals who blocked the gunman likely saving lives in the process and for the first responders who responded swiftly to this horrific shooting,” he said. “Colorado stands with our LGTBQ community and everyone impacted by this tragedy as we mourn together.”