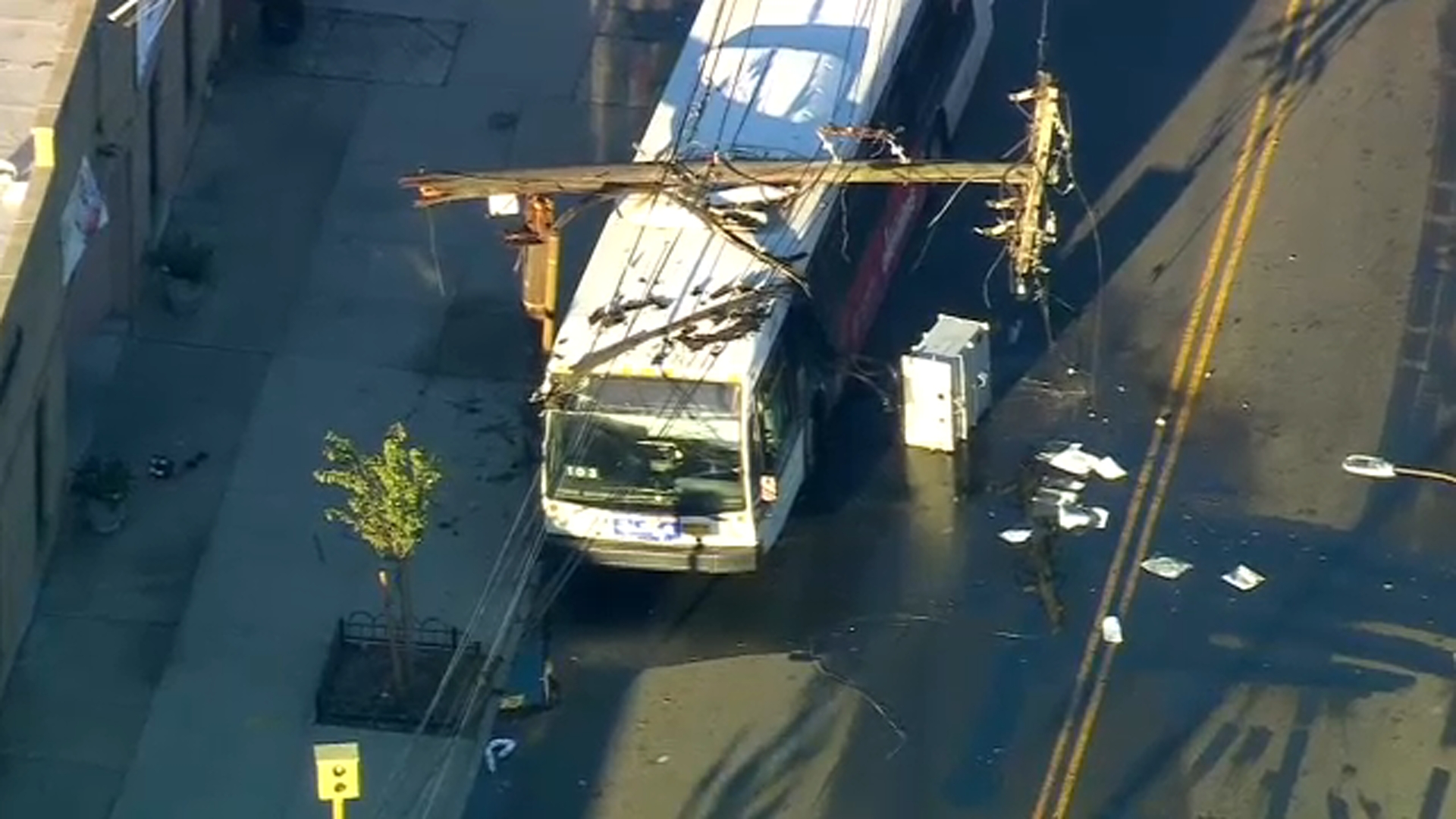 A bus crashed into a utility pole in Queens Thursday knocking out power to hundreds of nearby buildings.

Video from helicopters up over the scene on Linden Boulevard between 233rd and 234th streets in Cambria Heights showed the mangled pole on top of the bus and debris strewn across the roadway.

No injuries were immediately reported.

Linden Boulevard was closed as crews worked to clean up the scene.

Con Edison said 855 customers were left without power and the utiltiy could not say when the power would be restored.