Actor back to work after traumatic attack on subway train 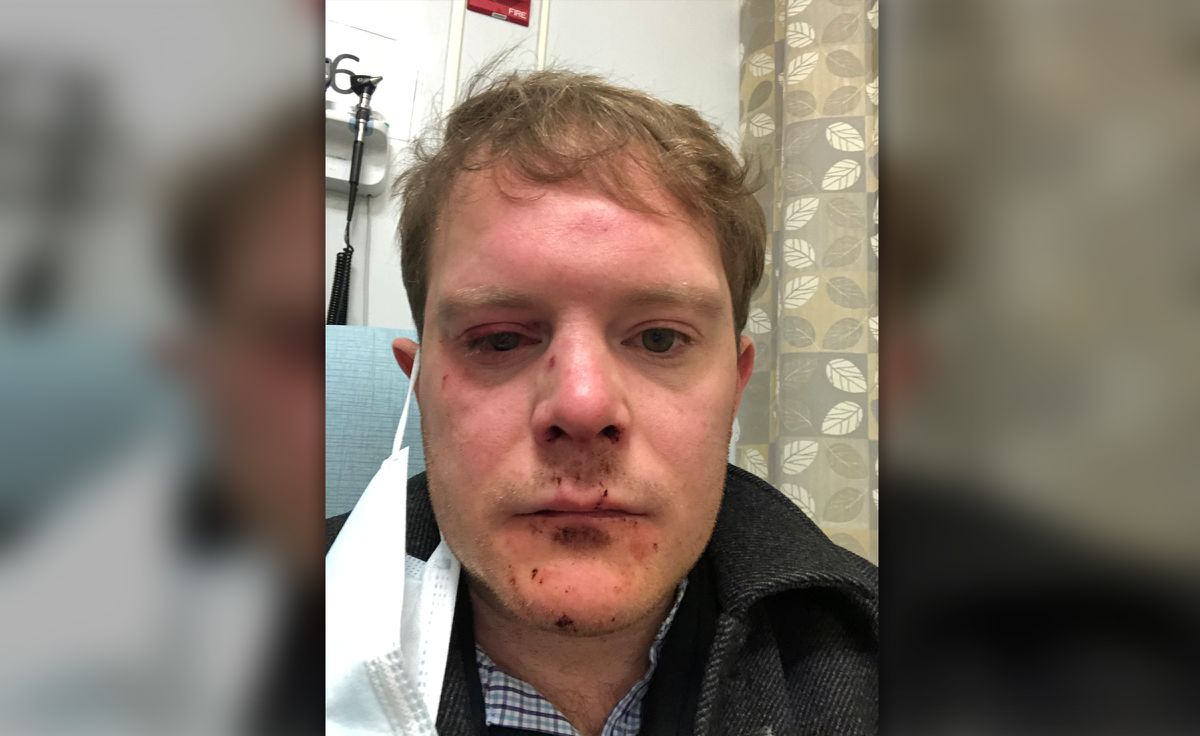 Few actors were happier to get back to work when the pandemic restrictions eased than Alex Weisman, whose unemployment was compounded by a random attack he suffered last year while getting off the subway in Manhattan.

Weisman was stepping off the train at an Upper West Side stop in November when a stranger slugged him in the face, breaking two of the bones that surround his right eye and tearing the retina. Not only did he have trouble with his eyesight, but Weisman was unsure if he would ever see his way on stage again.

“We’ve been out of work for so long because of the pandemic,” said Weisman, 33, who was in the Broadway cast of “Harry Potter and the Cursed Child” before the virus gripped the city. “I spent a lot of time grappling with what I would do. When I got attacked, I had to grapple with that all over again. What would I be if I couldn’t do this? It was scary.”

After two women found a station agent who called 911, Weisman found himself at Mount Sinai Hospital, where he had to make a decision that would affect his life and career.

The bones would heal, but to repair the retina, Weisman had to choose between a proven invasive surgical procedure that would leave him with a bloodshot eye for months, or a riskier laser operation that would restore his eye to the way it was before the attack.

Doctors at New York Eye and Ear Infirmary of Mount Sinai talked Weisman through the pros and cons of each procedure. Weisman chose the laser route, and with a little makeup to cover the bruise, Weisman was auditioning again, just two weeks after the attack, ready to break a leg.

“His resilience is inspiring,” said Gareth Lema, the retina surgeon at New York Eye and Ear Infirmary of Mount Sinai. “He’s in pretty good shape and he’s been stable ever since.”

But Weisman’s breakthrough came when he landed a role in an episode of the hospital drama “New Amsterdam,” which aired Tuesday night. He played a Times Square costumed superhero who got hit by a bus. He was playing a performer suffering the perils of life in the big city.

For nearly four weeks, the role had him on the show’s hospital set, after which he’d head over to Mount Sinai for follow-ups and consultations.

“During the time I was shooting I was actually going to a real hospital,” Weisman said.. “Every day I was in a hospital whether it was real or fake.”

And to each appointment, whether it was to the set, where a makeup artist kept his secret about the attack, or to Mount Sinai, where doctors marveled at his recovery, Weisman took the train.

“It was random. It was terrible,” Weisman said. “But I’m not scared of the train.”