Police officer who shot Daunte Wright has been identified 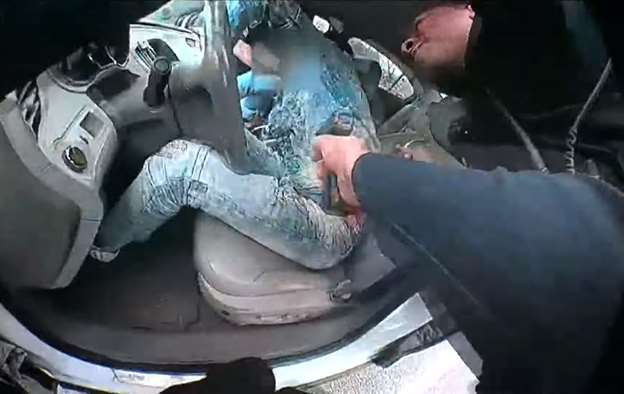 The Minnesota cop who shot and killed Daunte Wright on Sunday has been identified by officials as Kimberly A. Potter, according to a new report.

The 48-year-old Potter, who has worked in law enforcement for 26 years, is now on administrative leave, the Minnesota Bureau of Criminal Apprehension confirmed Monday, according to local newspaper The Star Tribune.

Wright, a 20-year-old Black man, was killed in the city of Brooklyn Center, which borders Minneapolis.

Brooklyn Center Police Chief Tim Gannon said earlier Monday that he believes Potter “had the intention to deploy their Taser but instead shot Mr. Wright with a single bullet.”

Wright was allegedly stopped by police due to expired registration tags. Gannon said Wright attempted to flee the scene when officers learned of an outstanding arrest warrant.

His death occurred less than a year after George Floyd, an unarmed Black man, died in police custody in Minneapolis.

Mayor Mike Elliott said Monday that he supports removing the officer who shot Wright from the police force.

“Let me be clear, we will get to the bottom of this,” Elliott said. “We will do all that is within our power to make sure justice is done for Daunte Wright.”

Potter got her police license in 1995, according to The Star Tribune, which cited court records. She was 22 at the time.