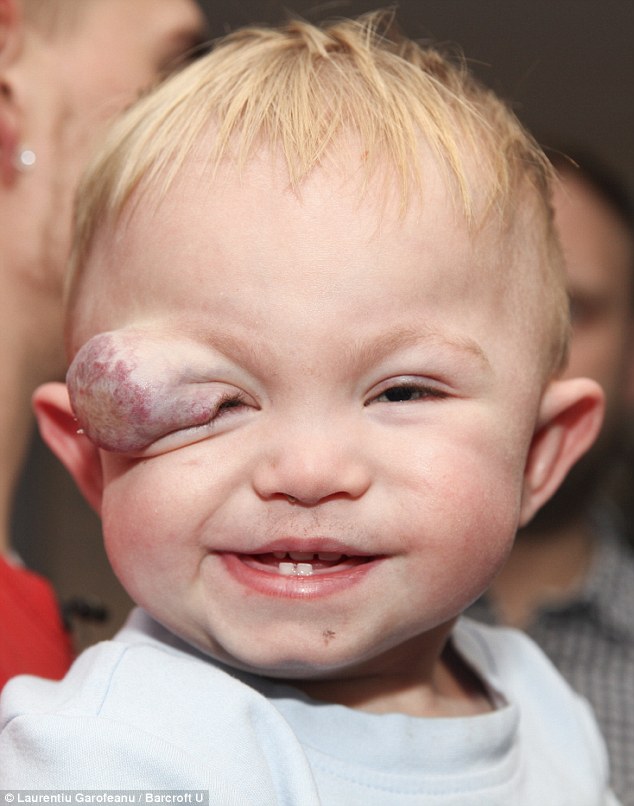 Surgery was a success for 6-month-old Analeigha Branford, who had developed a rare vascular birthmark that put her eyesight at risk.

After a 2 hour procedure, doctors at the Manhattan Eye, Ear and Throat Hospital were able to remove the rare vascular birthmark from the girl’s right eye.

The child’s parents traveled to New York from Oregon for the surgery that was to be performed by two world-renowned surgeons, doctors Teresa O and Milton Waner.

“It’s been doctor’s appointments week after week because we were seeing three different doctors just to see what it was,” mother Deanna Vaivao said.

It’s a condition so rare, only a tenth of 1% of babies experience it.

“They said she could lose her eyesight if it wasn’t taken care of pretty soon and so that scared me,” Vaivao said. “I’m very nervous. I cried on my way here, to be honest.”

A surgery like this is not only extremely difficult but also very expensive.

“If you take a child and you tape the eye shut at an early age that child will go blind because the tract between, or the connection between the eye and the brain is not formed at birth, or is not fully formed at birth. It develops after birth,” Waner said.

For Branford, the surgery will be free. Her hospital fees will be waived by the Manhattan Eye, Ear and Throat Hospital, and other costs will be covered by the Vascular Birthmark Institute which was founded by Dr. Waner and the Little Baby Face Foundation.

“This is why we went into medicine to be able to help,” Waner said.