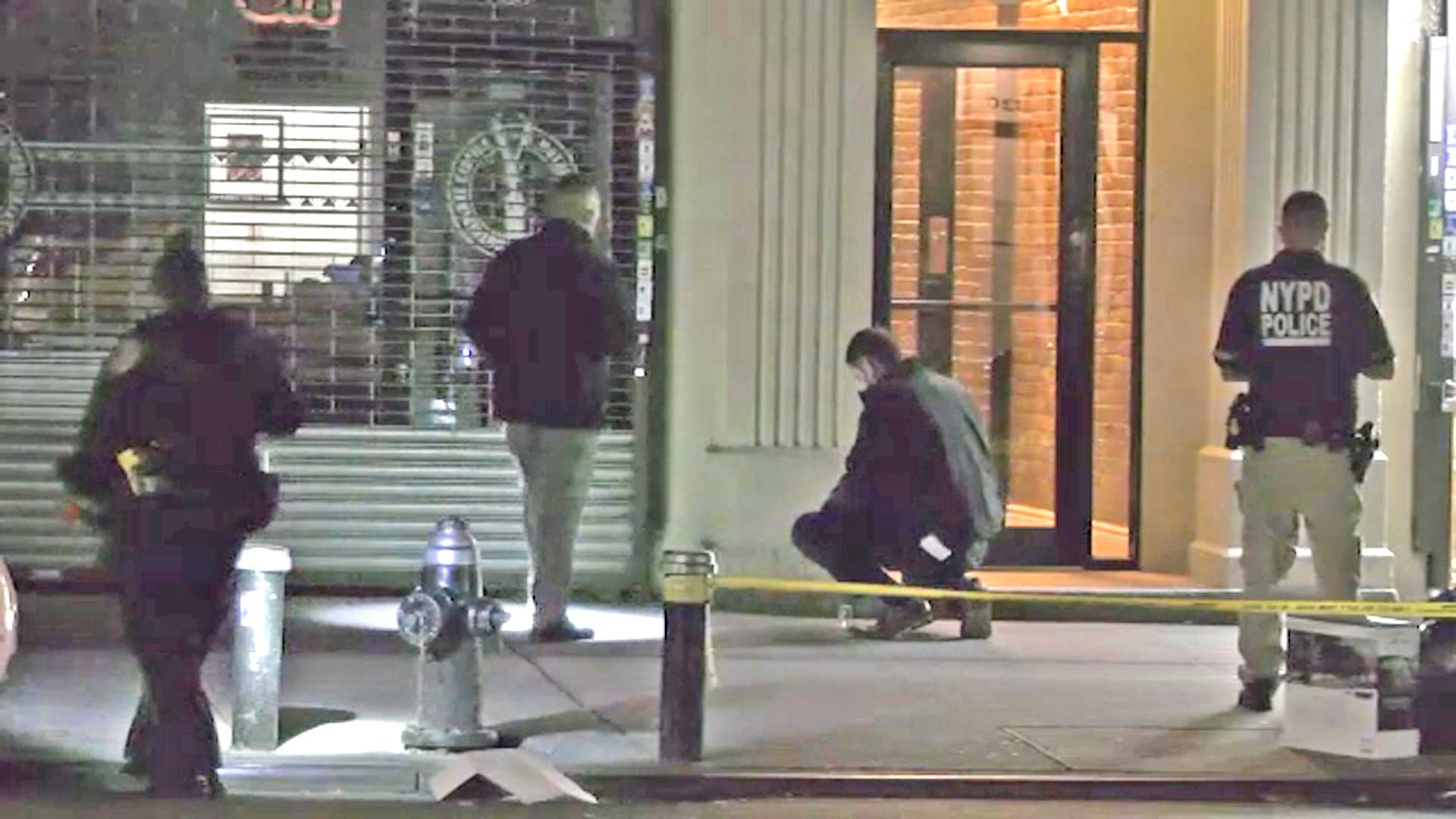 Gun violence broke out in New York City Tuesday night when four bystanders were shot in a park in Queens and four men were shot in Harlem./

All the men were shot in the legs. One was also struck in the arm.

A 28-year-old man was shot in the leg and underwent surgery at Mount Sinai Morningside, where he was stabilized.

A 27-year-old man struck in the right leg was listed as stable at Mount Sinai Morningside.

All are expected to survive.

Two gunmen fled on foot. No arrests have been made.

Police responding to this gunfire found a chaotic scene of victims staggering a block away, as well as scattered shell casings that forced them to close 116th Street for the investigation.

Stunned neighbors in the area walked out of their apartments Wednesday morning and into a crime scene. Parents were forced to walk their children to school past yellow crime scene tape.

Esther Johnson works in nearby deli and lives at the corner. The gunshots woke up her daughter.

“My daughter, she is only 15 and she said, ‘Ma! Gunshots!'” Johnson told Eyewitness News. “And I said, ‘Yes. Go back to sleep.’ Just another day, another incident. We really have to do better than that.”

The gunfire erupted just hours after four people, including teens ages 15 and 16, were shot in an Ozone Park, Queens, park.

The shootings are not believed to be related.

Detectives now believe one of the four people shot in the park was the intended target.

Earlier in the day, also in the 28th Precinct in Harlem, two people were shot on West 125th Street and Adam Clayton Powell Jr. Boulevard.

Both were expected to survive.