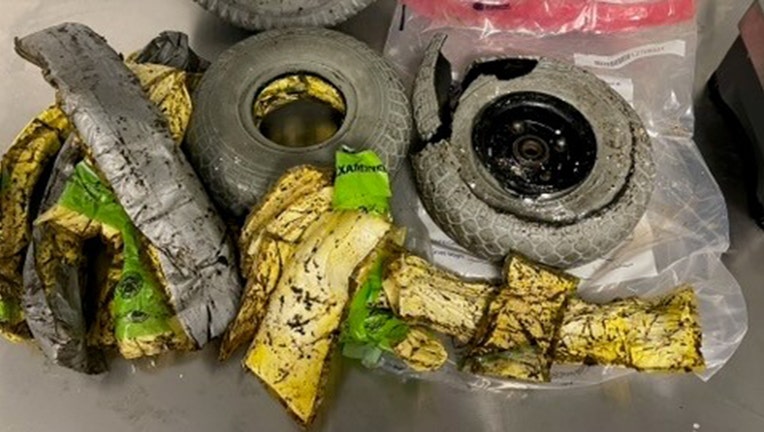 Approximately 28 lbs. of cocaine was seized by Customs and Border Patrol officers on Thursday at John F. Kennedy Airport after they found it hidden in the wheels of a passenger’s wheelchair.

The agency says officers noticed that the wheels on a woman’s wheelchair were not turning.

As they interviewed her, they x-rayed the wheelchair and noticed that something was off inside the wheels.

A sample revealed a white powder that tested positive for cocaine.

The passenger, Emelinda Paulino De Rivas of the Dominican Republic, was arrested for the importation of a controlled substance and was turned over to Homeland Security Investigations.