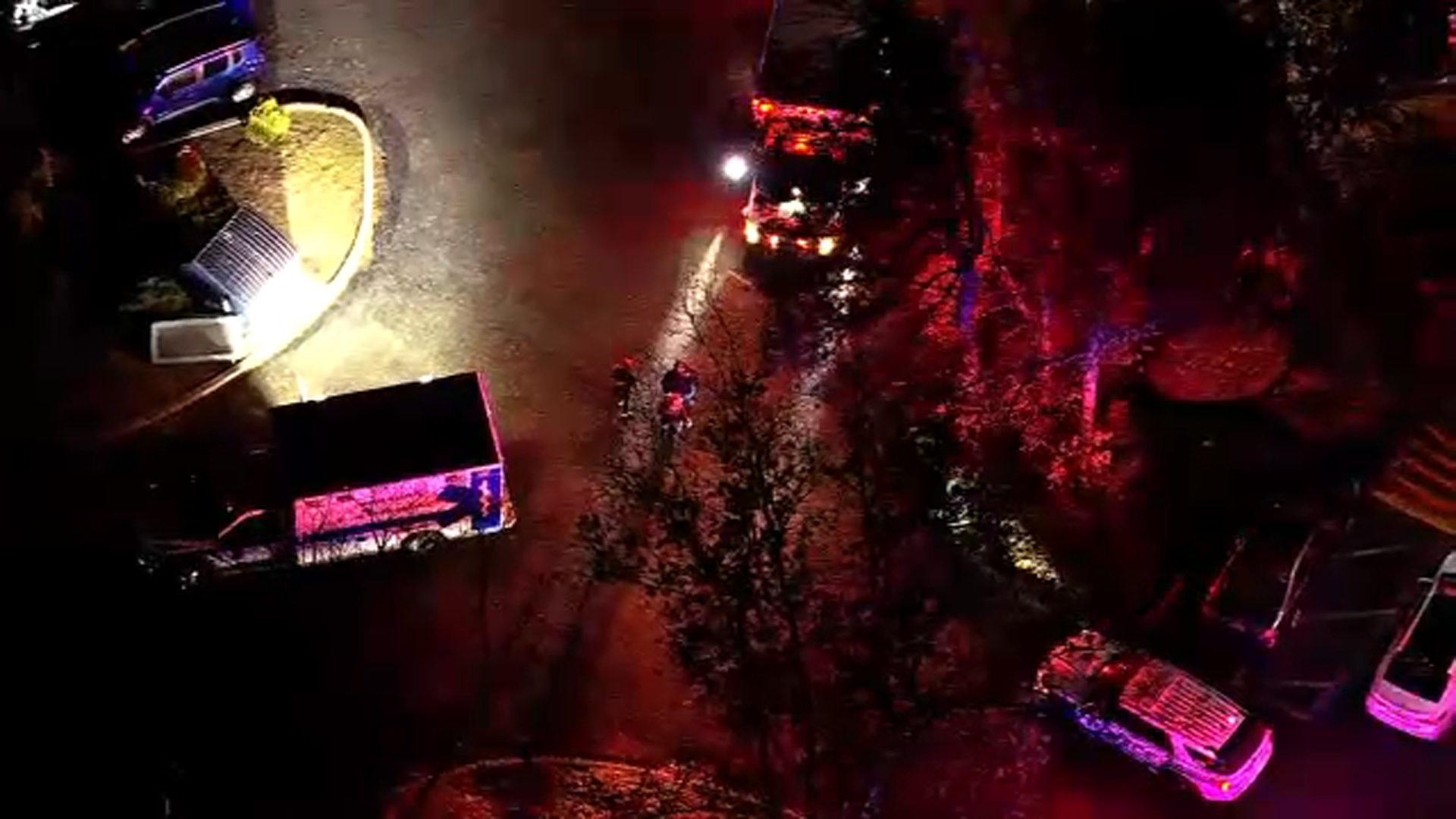 A knife-wielding suspect was shot and killed by police after stabbing two officers and injuring a third at an apartment on Long Island Wednesday night.

Police say a 911 call was made around 5 p.m. by a social worker doing a wellness check on two residents inside an apartment at the Blue Ridge Condominiums on Birchwood Road in Medford.

They say one of the residents was acting violent, took a knife out and stabbed two officers who responded to the scene.

Shots were then fired by one or more officers, killing the suspect.

Two officers suffered serious stab wounds. One was airlifted to Stony Brook university Hospital. The second officer was taken to the same hospital by an ambulance.

A third officer was also transported for for treatment for non-life-threatening injuries.

The Suffolk County PBA released a statement following the incident:

“We are thankful that the two Suffolk County Police Officers injured in today’s incident are in critical but stable condition at this time. We are incredibly grateful for the outstanding care provided by Dr. Vosswinkel and the staff at Stony Brook University Medical Center. We ask that all Long Islanders keep our Officers in their thoughts and prayers, and God willing, they will make a full recovery from the horrific incident that took place earlier today.”

Neighbors say they had repeatedly complained to police and their homeowner’s association about the erratic and creepy behavior of the man who died.

They say that he would follow women, stare at them and make inappropriate remarks.

Another resident, Dina Connor, said she felt uncomfortable and in danger around him. She said the suspect would catcall her.

They also suspected him of vandalizing cars. Connor called the management agency Wednesday morning after her tires were slashed. She shared her hunch and got a call from the man’s social worker.

“The social worker called me back to do a well visit. I was on the phone with her. I could hear them fighting in the background. She hung up very abruptly,” Connor said.

The incident is under investigation.