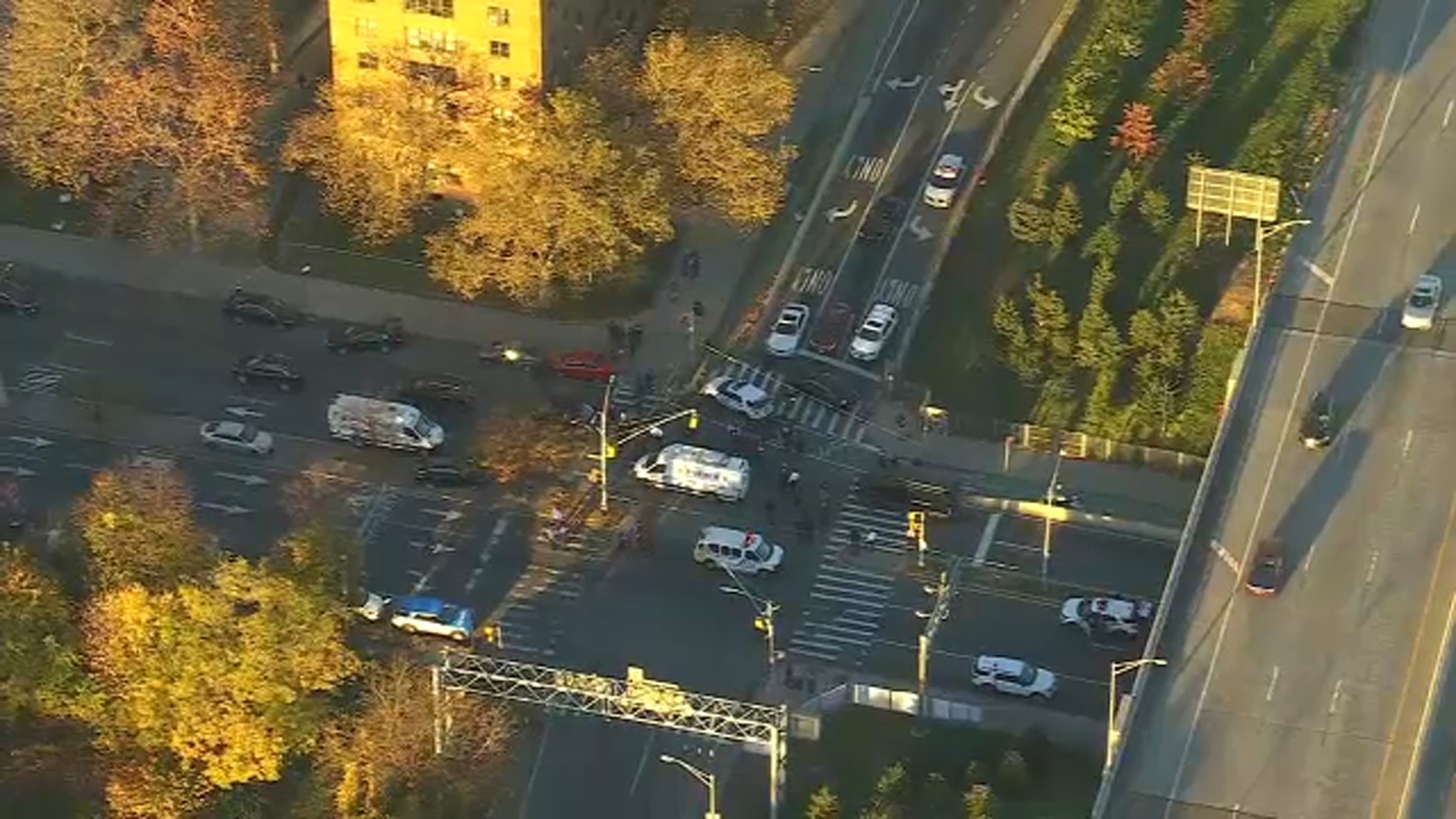 Two officers suffered minor injuries after gunfire erupted when police tried to pull over a car in Brooklyn Wednesday afternoon.

The incident happened around 2 p.m. at Rockaway Parkway and Shore Parkway in the Canarsie section.

Shots were fired after an attempted traffic stop at the location, according to officials.

Officers were attempting to pull over a vehicle possibly connected to a previous shooting.

The officers were taken to nearby hospitals in stable condition.

Newcopter 7 was over the scene where dozens of police officers and detectives were combing the scene for evidence.

Two suspects, a man and a woman, fled in a black Mercedes going eastbound on Rockaway Parkway before they abandoned it at Pennsylvania Avenue and Seaview Avenue.