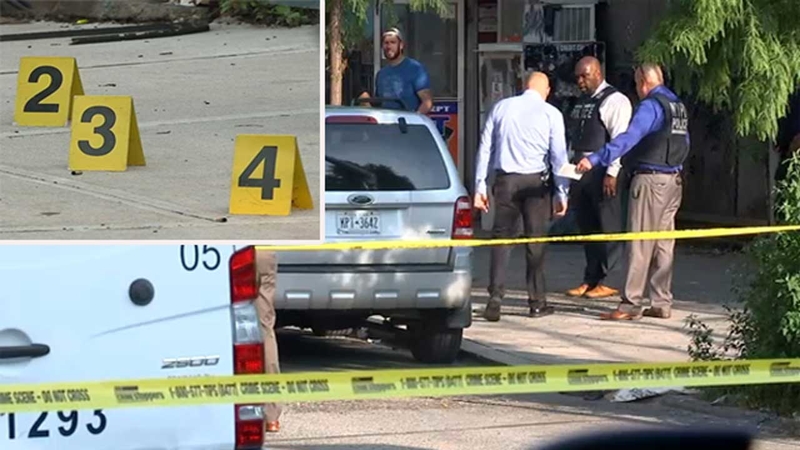 Police have identified the 14-year-old boy shot and killed in Harlem Tuesday afternoon.

Justin Streeter of Plainfield, New Jersey was shot in the head at East 128th Street just east of Park Avenue.

Police got the call for shots fired just before 4:30 p.m. Tuesday.

Arriving officers found Streeter along with a 15-year-old boy shot in the leg. He is expected to survive.

Why the teens kids were shot and who pulled the trigger remains a mystery.

But neighbors say it’s part of a disturbing pattern.

“When I was 14 and 15, I knew of no one who had a gun,” one man told Eyewitness News. “The only time we seen guns was on TV.”
“The area has been getting aggressively violent over the years,” said another. “I’ve been this in area about nine years now. Since the economy has been tanking, the community has been in revolt.”

“But what about the parents? What about the families? What about the grandmothers out here?” said NYPD Chief of Patrol Jeffrey Maddrey. “This is terrible, and we shouldn’t have to suffer through this gun violence. New York is so much better.

The investigation comes as Mayor Eric Adams is convening the Mayors Against Illegal Guns summit, joining forces with other cities to discuss common strategies to battle gun violence.

Meantime the search for suspects continues.

It remains unknown whether the victims knew the shooter, but police do believe it was a targeted incident.

They are asking for the public’s help with any information.