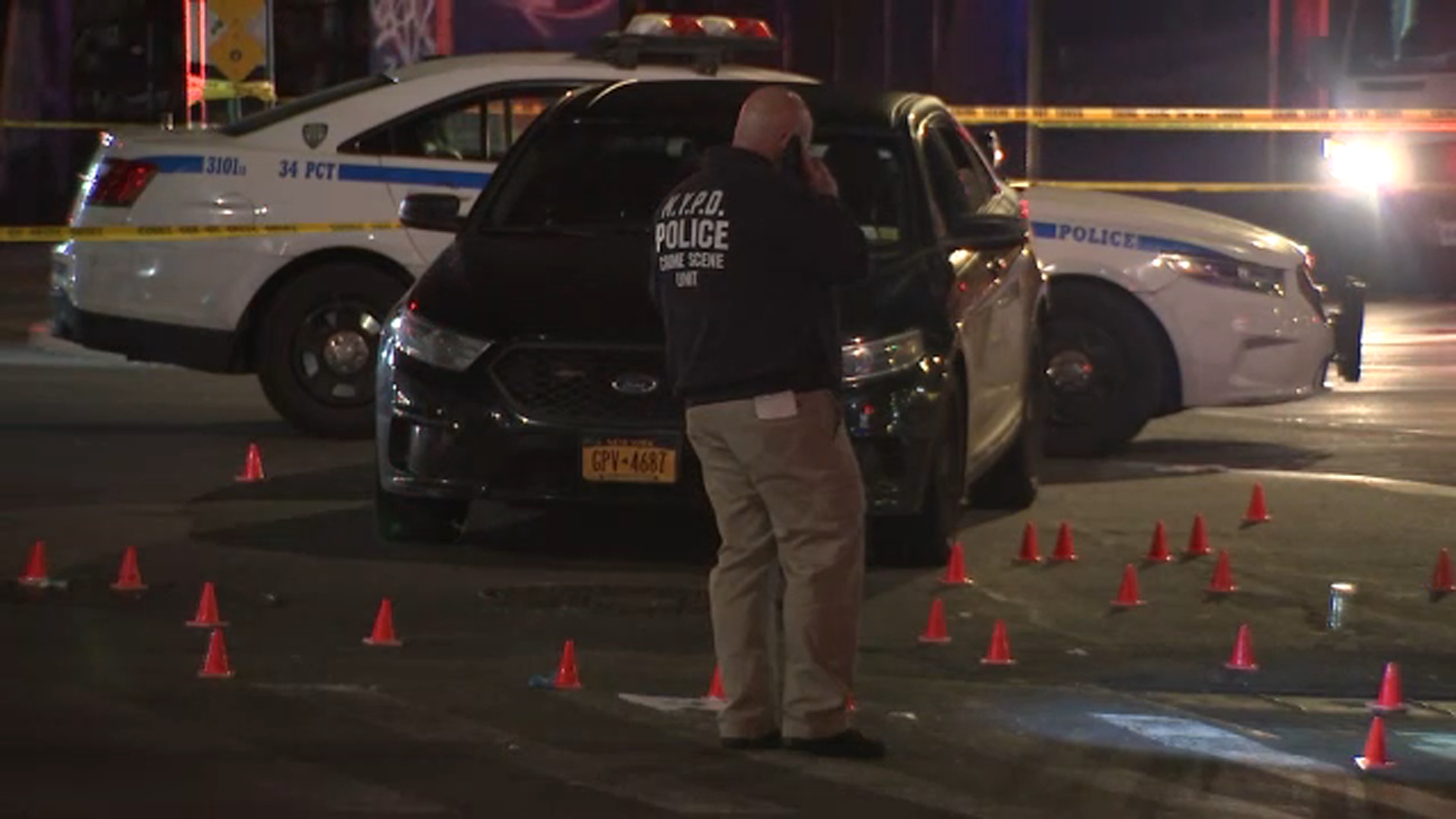 One person was killed after a shooting involving police in the northern Manhattan neighborhood of Inwood early Sunday.

Police say it is too soon to figure out what caused the initial dispute in the first place.

The intersection of Dyckman Street and Nagle Avenue was littered with shell casings and evidence markers.

Detectives were on the scene for more than 12 hours after gun fire lit up the area overnight.

Workers nearby heard a rapid succession of gun fire around 3 a.m.

Police say four officers with the Neighborhood Safety team were driving through this area in an unmarked car when they spotted a fight and a man holding a gun in the crowd.

Surveillance video from a nearby business shows people running from the scene and others taking cover in between parked cars.

Cell phone video shows the commotion and crews trying to resuscitate the man, before he was rushed to the hospital.

“They give commands for the person to drop the firearm, they yell repeated commands and then at some point, officers uh, discharge their weapons,” an officer said.

He was taken to the hospital where he was pronounced dead.

Then he was pronounced dead a short time later.

The gun the officer was holding recovered from the crime scene.

Below is a photo of the suspect’s gun recovered at the scene of the shooting. pic.twitter.com/hx52rm9V0U

At this point, police say they still don’t know exactly what the dispute was about.

For a long time store workers who take pride in keeping the area clean, they feel like they are fighting a losing battle. One they can’t clean up alone.

Police haven’t released the man’s name yet, only telling reporters he was out on parole.

They found another man grazed by a bullet in the same area who is currently at the hospital being treated.

Police are now investigating to find out how that happened.