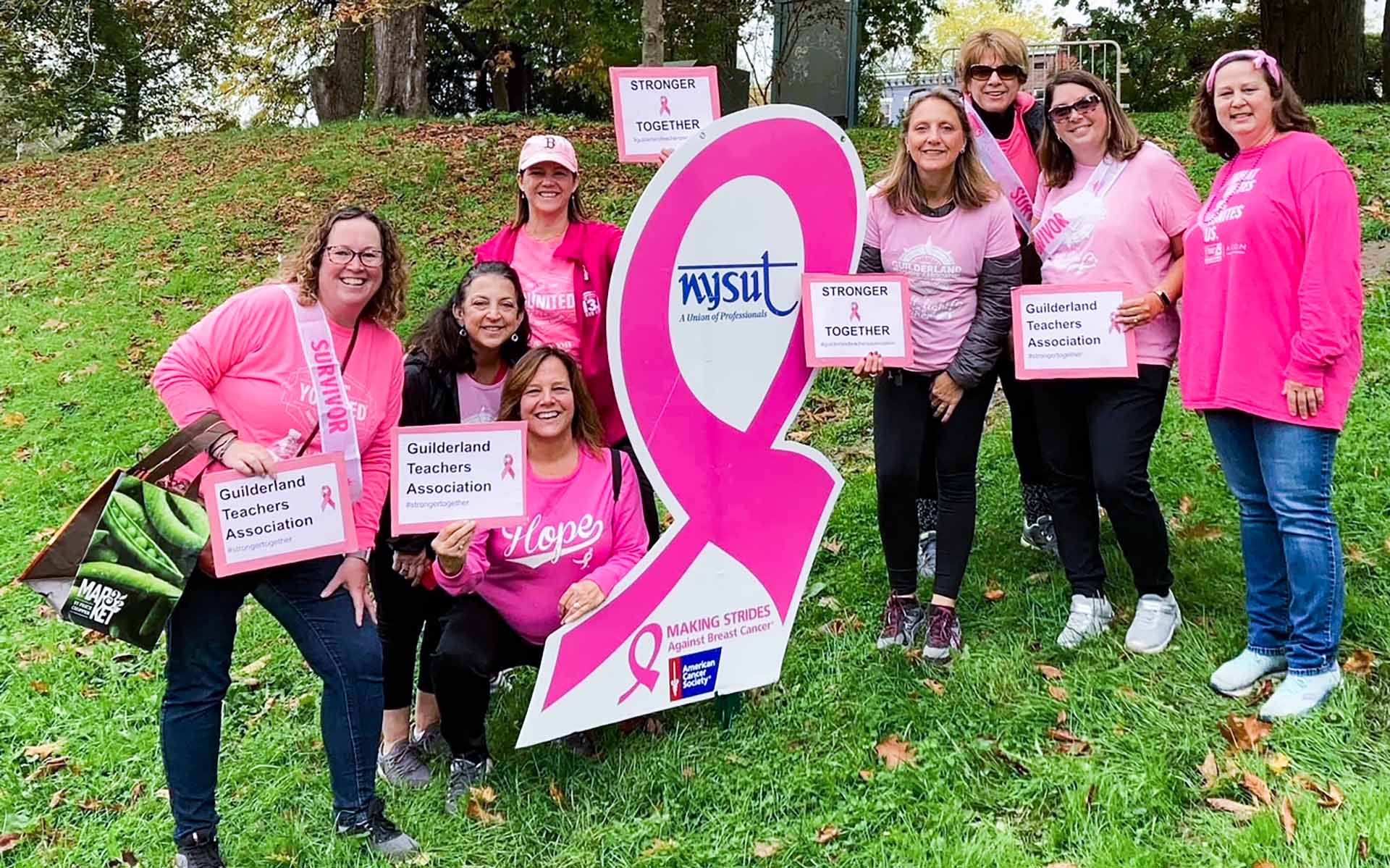 Thousands of people are descending onto Central Park and Jones Beach Sunday for the American Cancer Society’s Making Strides Against Breast Cancer events.

The walk at Jones Beach on Long Island was set to be the largest in the country, with more than 60,000 expected participants.

It is the 29th year of the events put on by the American Cancer Society which are meant to raise money and awareness about breast cancer, how to detect it, and the precautions that people can take to try to prevent it.

In the video player above, Stacey Sager, an Eyewitness News Reporter and breast cancer survivor, spoke with a survivor and her family.

Stacey also talked to twin sisters about their journey after they discovered they had the BRCA gene.

Meanwhile, more than 35,000 people were expected to take part in the walk in Central Park.

Local news Meteorolgist Dani Beckstrom was there and she interviewed an oncologist about the importance of breast cancer research.

Dani also heard from a 22-year-old breast cancer survivor about dealing with the difficulty of receiving a diagnosis at such a young age.