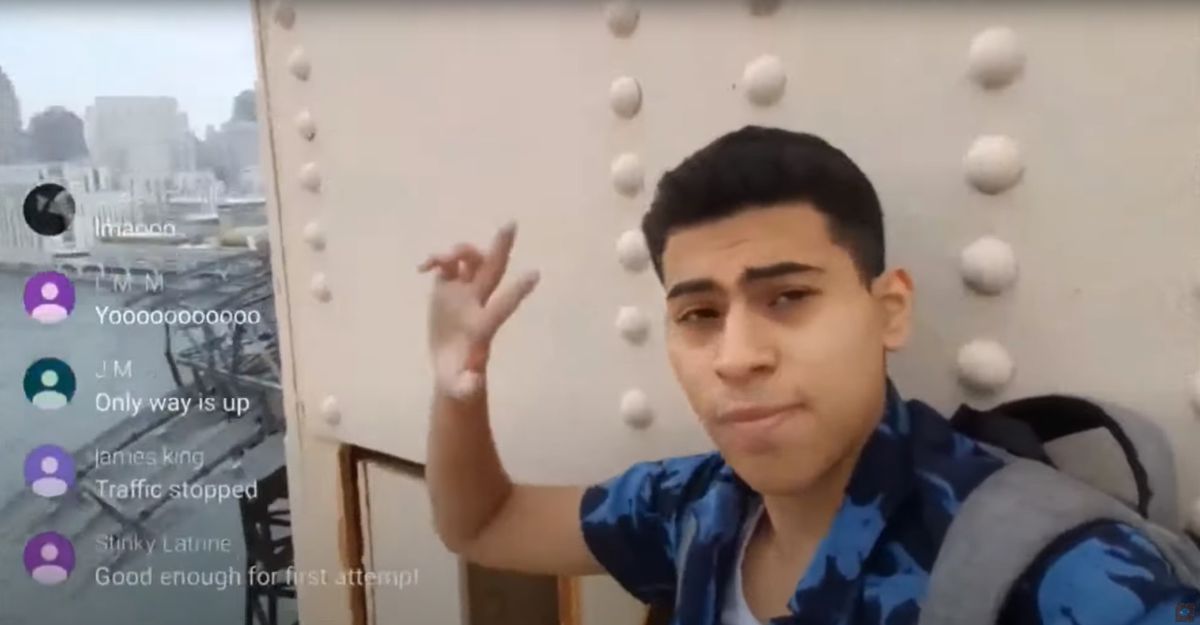 A self-proclaimed “incel” YouTuber who previously grabbed headlines for climbing the Queensboro Bridge was arrested Wednesday for making a bomb threat at a Manhattan restaurant, authorities announced.

Malik Sanchez, known online as “Smooth Sanchez,” walked into an outdoor seating area in the Flatiron on Feb. 13 and announced the hoax threat, prosecutors said. He posted the entire prank online.

Customers grabbed their belongings and ran. At least one person called 911, though Sanchez had left the scene by the time police arrived, court papers said.

Sanchez, 19, self-identifies as an “incel,” a portmanteau of the phrase “involuntary celibate.” Incels are mostly men who gather in online forums to wallow in their misery and target women they believe aren’t paying them adequate attention.

Incels have been responsible for at least five deadly attacks in the United States and Canada since 2014, resulting in 28 deaths, the complaint noted.

Sanchez’s YouTube channel features live-streamed videos of him harassing women and being a pest toward everyone who crosses his path. In recent videos, he mocked the use of masks to prevent the spread of coronavirus as commenters goaded him on, at times even giving him donations.

Sanchez faces up to five years in prison if convicted.

This isn’t his first run-in with the law. Sanchez was charged last year with reckless endangerment for scaling the Queensboro Bridge — which he live-streamed — and pepper spraying a woman in a separate incident. Those cases are still pending.