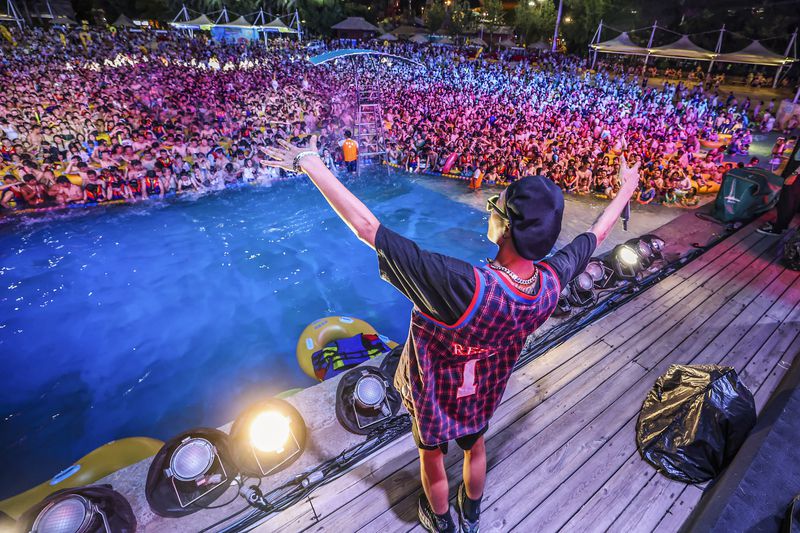 A water park in Wuhan, where the coronavirus pandemic first emerged in late December, was jam packed with people for a party over the weekend.

Once ground zero for the global pandemic, the Chinese city, located in the Hubei Province, has mostly reopened in recent weeks. And photos of a party Saturday at the Wuhan Maya Beach Water Park, which have since gone viral, only further suggest the region has put coronavirus in the back of their minds, the Agence France-Presse reported.

The images show revelers standing shoulder to shoulder in pools and on decks, some of them waving glow sticks but almost no one sporting masks. They stand in stark contrast to photos taken at the start of the outbreak, which saw the often-bustling city transformed into a ghost town.

The water park initially reopened in June, according to local outlets.

The city was put under government-mandated lockdown starting in January, with Wuhan’s 11 million citizens required to stay indoors aside for trips to the grocery store and pharmacies. Businesses were shuttered and transportation suspended as the virus, which is believed to have first emerged at a wet food market, infected thousands of residents.

At the start of the lockdown, around 400 people in Wuhan were sickened by the virus, including 17 who died. Since then, more than 68,000 cases have been confirmed in Hubei province with more than 4,500 deaths. Experts across the globe however have cast doubt on the figures in Wuhan and across China, where there have been 84,000 cases with a total of 4,634 deaths.

According to AFP, no new domestic cases have been recorded in the region since May.

Government officials began lifting restrictions in April, but by then, the virus was already ripping through the rest of the world. More than 21 million people have been infected across the globe, with tens of thousands of new cases reported every day in the United States, Brazil and India.