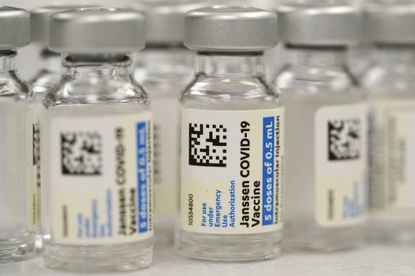 A woman in Washington state has died from a rare complication linked to Johnson & Johnson’s COVID vaccine, according to health authorities.

Public Health Seattle & King County said Tuesday that the woman, who was in her late 30s, was the fourth person in the U.S. to die of blood clotting issues after receiving the shot, The Associated Press reports.

She was from Kings County and died on Sept. 7, after having received the shot on Aug. 26.

“We send our deepest condolences to her family and loved ones,” Washington state Secretary of Health Dr. Umair A. Shah said in a statement regarding the woman’s death. “Losing a loved one at any time is a tragic and difficult … pain that’s become all too familiar in the last year and a half of this pandemic.”

The first three U.S. deaths preceded federal authorities’ decision in April to halt administration of the single-dose vaccine for 11 days.

The Centers for Disease Control and Prevention is aware of and looking into subsequent reported deaths linked to clotting, including the Washington woman’s, an agency spokesman told AP.

Of the 12.5 million J&J shots administered in Kings County since July 8 of this year, the county has reported 38 confirmed cases of the very rare type of blood clot, according to county authorities.

Most of those confirmed cases have since recovered, keeping in line with American health officials’ conclusion that the benefits of the shot far outweigh the risk of the uncommon clots.