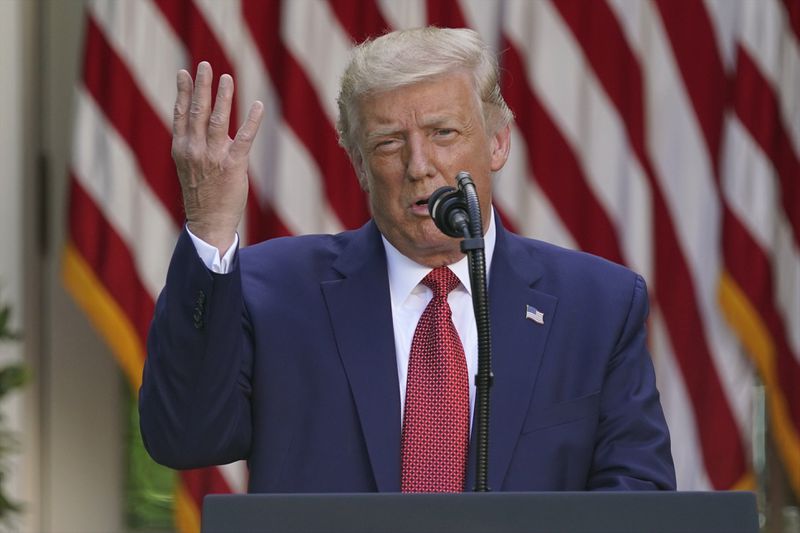 The cognitive test President Trump claims to have “aced” included such dicey questions as identifying an elephant and counting down from 100 by seven, he conceded Sunday.

Trump sparred with Chris Wallace about the test, which the Fox News host said was “not the hardest.”

“They have a picture and it says, ‘What’s that?’” Wallace said on “Fox News Sunday.” “It’s an elephant.”

“No no no,” Trump replied angrily. “You see, that’s all misrepresentation.”

The president insisted that the last few questions were much harder. He claimed that Democratic rival Joe Biden would never be able to pass it.

Wallace wasn’t buying that, either.

“You couldn’t answer many of the questions,” Trump retorted. “I’d like to give it (to you). I’ll guarantee you that Joe Biden could not answer those questions.”

With his poll numbers continuing to drop, Trump is seeking to open a new line of attack against Biden by claiming the ex-vice president is too old to be president.

It’s a risky bet, though, because voters have significant questions about Trump’s own health and mental fitness.

A recent poll showed that voters by an 8% margin said Biden was more mentally capable than Trump of being president.