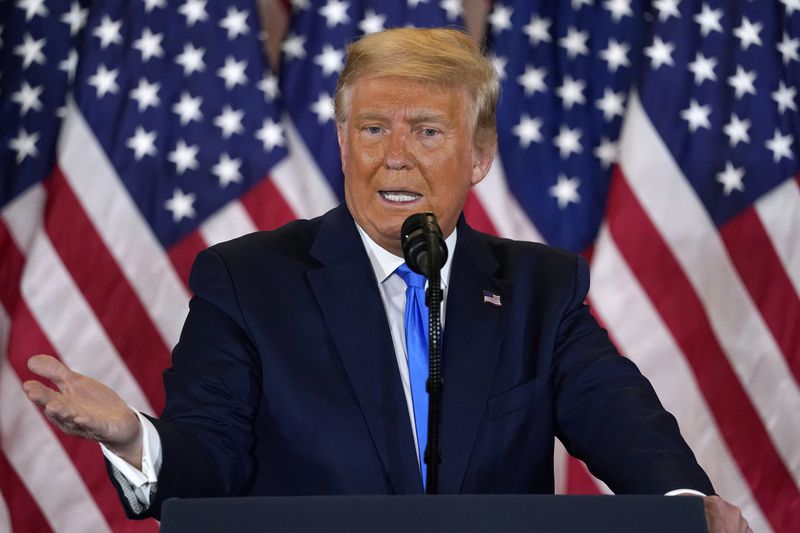 President Trump claimed Wednesday that “surprise ballot dumps” were killing his chances of winning reelection as Joe Biden edged ahead in key states.

After prematurely claiming victory after midnight, Trump angrily accused Democrats of engineering a massive turnaround while he slept.

Biden took the lead early Wednesday in states that would give him 270 electoral college votes and a victory in the Titanic battle for the White House.

Trump cast suspicion on the latest voting results because most of the battleground states are run by Democrats.

“How come every time they count Mail-In ballot dumps they are so devastating in their percentage and power of destruction?” Trump asked.

Trump has repeatedly decried the impact of mail-in votes, which he believes are tainted and subject to fraud, although there is no evidence of that.

Amid the coronavirus pandemic, many Democrats opted to vote by mail.

That led some states to log big leads for Trump when polls closed Tuesday and Election Day in person votes were tallied. Biden roared back to grab the lead in battleground states like Wisconsin and Michigan.