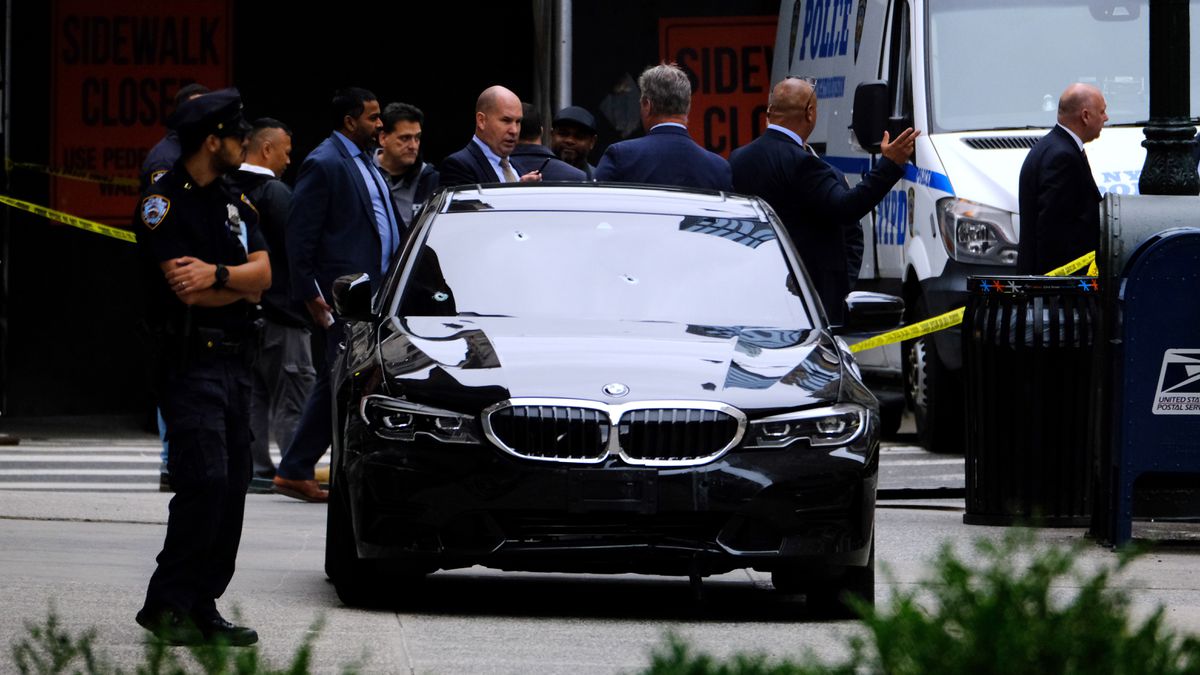 Shots were fired in Manhattan early Monday when cops confronted three men believed to be linked to recent muggings outside high-end restaurants that netted more than $4 million worth of jewelry, police said.

It wasn’t yet clear if both police and the gunman opened fire.

Three bullet holes were visible on the windshield of a BMW in which the three suspects were riding. Two of them ran off, police said, but a 19-year-old man was arrested and a gun was recovered.

The drama played out over several blocks beginning about 1:20 a.m. when police tried to stop the BMW, which had a license plate that belongs to a Mercedes-Benz, on W. 28th St. near Sixth Ave.

Shots were fired moments later, with the BMW driver jumping a curb then speeding off.

The suspects got out of the car by Fifth Ave. and W. 28th St. and ran off, with the teen grabbed by cops near Madison Square Park.

Police said the suspects may be linked to two August robberies.

On Aug. 14, two men, ages 47 and 27, were robbed as they left TAO Downtown. Police said the crooks got away with a Richard Mille watch and other jewelry worth about $4 million from the older victim and a $10,000 medallion necklace from the younger victim.

In both robberies, two suspects were involved.

It is not clear if the same suspects have been linked to the Sept. 15 robbery at the celebrity hangout Philippe, a Chinese restaurant on E. 60th St. In that incident, a 28-year-old man on a first date was shot in the leg trying to fight back against two masked suspects. They fled with a Rolex from another diner.