Rudy Giuliani is mocked over possible fart at hearing in Michigan 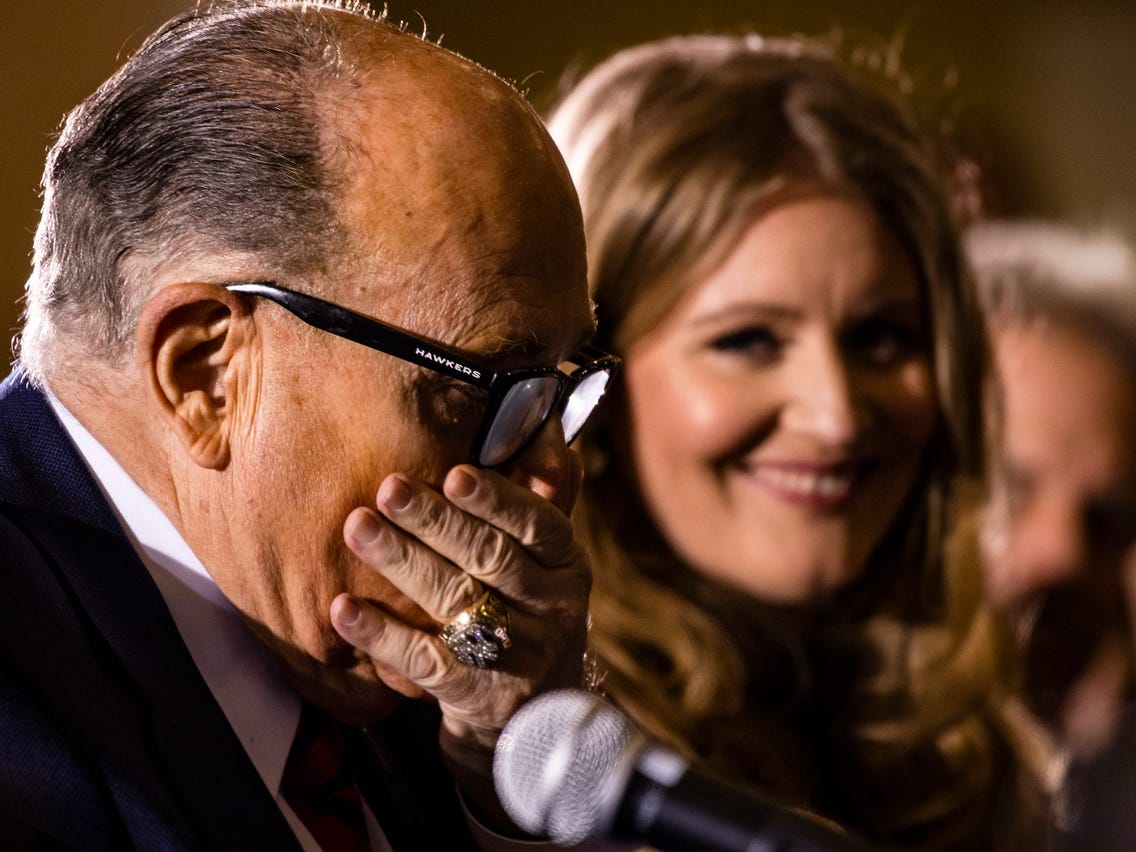 Rudy Giuliani keeps going viral for all the wrong reasons.

The personal lawyer for President Trump was mocked on social media after a sound resembling flatulence squeaked in audio as he spoke at an election hearing in Michigan on Wednesday.

In a video published on Twitter by Ryan Reilly, a HuffPost reporter, the sound accompanies the sight of Giuliani, 76, clenching his fist as he speaks to Michigan lawmakers. The 10-second clip pulled in more than 3 million views.

Wielding a collection of conspiracy theories, Giuliani has spearheaded Trump’s efforts to cast doubt on the results of the Nov. 3 presidential election.

Last month, Giuliani became the butt of jokes when a mysterious dark fluid dripped down his face during a news conference.

The reputed fart this week took place during questioning from Darrin Camilleri, a Democratic state representative.

TV host Jimmy Fallon razzed the ex-New York City mayor on “The Tonight Show,” asking: “Can we go one week without something leaking out of Rudy Giuliani?”