R. Kelly’s obsession with basketball was second only to controlling women 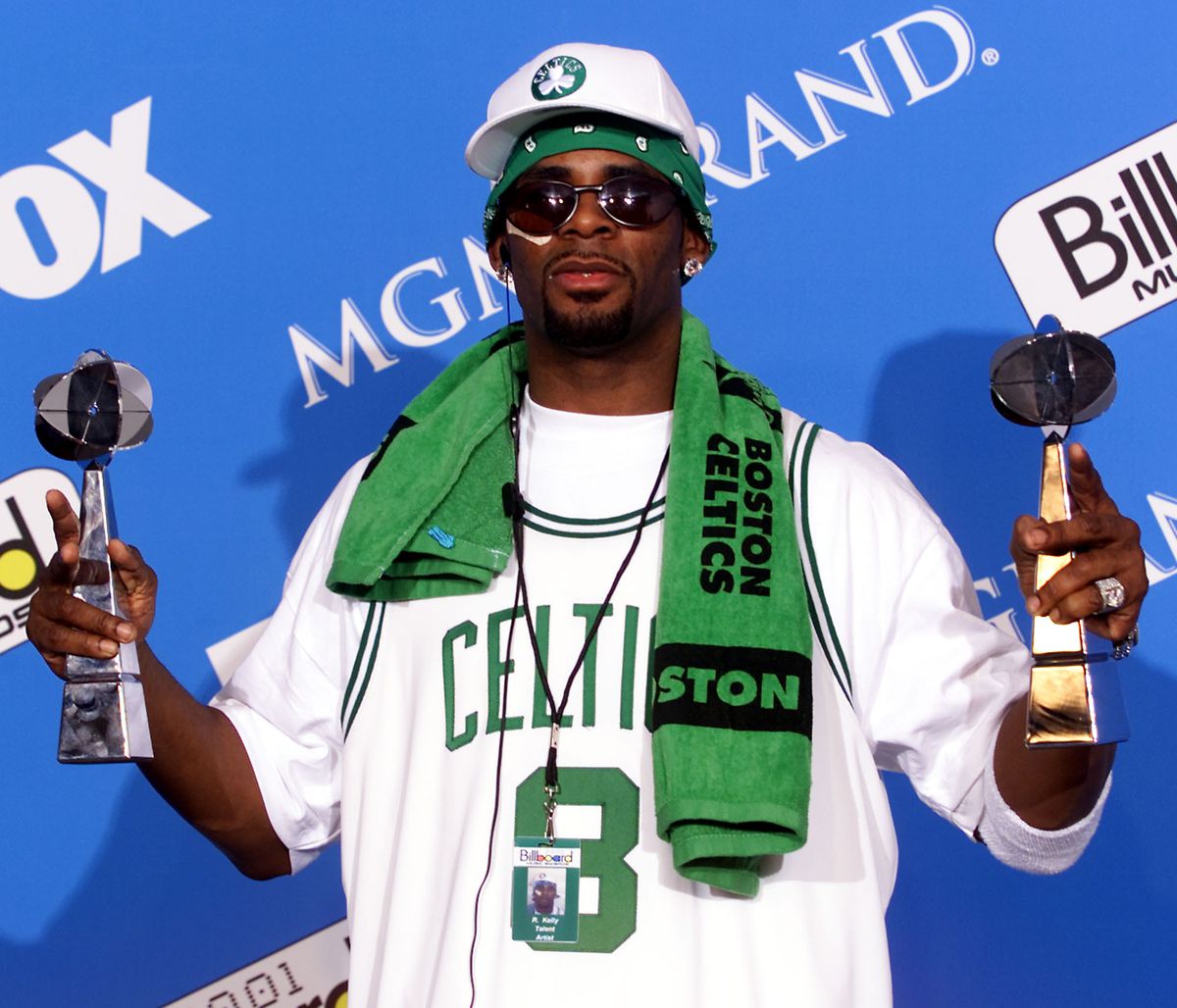 R. Kelly was a ball hog who forced his girlfriends to watch him play basketball every night while forbidding them to look at other players, accusers and former employees say.

The bizarre accounts of Kelly’s basketball games in Brooklyn Federal Court have highlighted yet another way the R&B singer allegedly exerted complete control over his girlfriends. While Kelly’s affinity for hoops and brief semi-pro career have been well-documented, his ongoing sex trafficking trial has revealed a dark side to his obsession with the sport.

One of Kelly’s assistants, Suzette Mayweather, sat with his girlfriends at the games, she testified.

When a stray ball came toward the girls and young women, they’d go quiet if another player approached, recalled another Kelly employee.

“They would cross they legs and look at the ceiling or the wall,” said Darrick Stephens, Kelly’s former business manager.

Kelly’s passion for dunks was second only to his obsession with women and girls, who he is accused of trafficking from his concerts for illegal sex.

“If we looked at other men we’d get a chastisement,” testified Jane, one of Kelly’s accusers who said she attended his nightly basketball games while dating him from 2015 to 2019.

Kelly, 54, referred to harsh spankings as chastisements, which he allegedly gave to girlfriends who broke his rules.

Kelly’s demanded his girlfriends only watch him play and not focus on other men on the court, Jane testified.

Because of that, she said, she would look for Kelly’s shoes on the court and then look up to see him playing — though she admitted under cross examination it was sometimes impossible not to see other players.

The feds have grilled numerous witnesses at trial about Kelly’s basketball games, from the men who played to the women and girls who were required to watch.

One of Kelly’s male accusers, known as Louis, said he was invited to play with Kelly at a field house in Markham, Ill., outside of Chicago.

He quickly noticed the singer’s girlfriends sitting in the bleachers, “kinda like facing the wall” and wearing “baggy clothes.”

Kelly, born Robert Sylvester Kelly, even had an employee whose main job responsibility was to organize games and maintain a list of people to call to hoop.

The “Sex Me” singer would deliver vicious punishments if his rules were disobeyed, Kelly’s accusers have said. He spanked his girlfriends, beat one with a shoe and others with a cord and sometimes dragged them by their hair, according to testimony.

Kelly also had rules for the players who joined his games: Give him the ball, Demetrius Smith, Kelly’s tour manager in the 80s and 90s, told reporters.

“When Robert plays, he has to have the ball. Everybody gotta pass him the ball. He plays like Michael [Jordan],” Smith said.

Smith, who said his brother is former NBA player Craig Hodges, testified that Kelly would shoot around with Hodges, Terry Cummings and even Jordan himself.

When Kelly arrived in a city for a concert, Smith had to call a local college to reserve a court, he told The News.

“Back then, every stop we made had to have a gym for him,” recalled Smith.