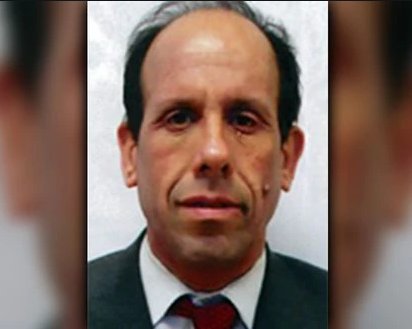 A Queens lawyer whose practice was dedicated to helping people with their divorces and financial problems was found beaten to death inside his office in Jackson Heights early on Thursday, police said.

Around 5:50 a.m., a cleaner discovered Charles Zolot, 65, dead in his second-floor office at 37-06 82nd St., a commercial building near 37th Ave. with several lawyer offices.

Zolot was found on his back and showed signs of having been beaten on his face and chest, police said. He was declared dead at the scene.

“The maintenance guy told me he came in this morning and saw a pool of blood and followed it and that’s when he found his body beaten to death,” said Horacio Navas, 70, Zolot’s friend and tailor.

Zolot graduated from Syracuse University’s law school and had been practicing in New York since 1982, state records show. He was never publicly disciplined by state legal ethics watchdogs, the records state.

His website shows his practice was oriented toward divorce and family law, and to helping people and small business owners with bankruptcy cases.

He was due in Queens Supreme Court on Thursday for a preliminary conference for a client suing a company over an investment, court records show. Apart from his family court workload, Zolot had active civil cases on a variety of topics in Queens, Brooklyn, and Nassau counties.

Public records show Zolot had a trail of tax liens filed against him by the Internal Revenue Service and the state stretching back 15 years. In October, New York State filed a $46,020 tax lien against him.

“It’s surprising. He was a good man,” the tailor said. “He was special in a lot of ways. He was introverted. Down to the way he walked was special.”

“I don’t know why anyone would want to do this to him,” he said. “The neighborhood is changing. This would never happen here [before].”

Mariana Ramírez, 75, who lives in the neighborhood, agreed.

“I’m surprised, because this neighborhood is very decent. In this neighborhood, you don’t see things like this — never,” she said. “And these offices are respected, full of attorneys, reputable people.”

The attorney lived alone on the third floor of a building in Briarwood. A package of food from the Freshly food delivery service sat in his vestibule.

His super said Zolot developed a hoarding issue about eight years ago.

“The city had to come and clean out his apartment,” the super said, declining to give his name.

“After that, we went in and remodeled everything, put in [a] new refrigerator, cabinets, everything … After that he kept the apartment clean.”

The commercial building where Zolot was found was the site of a string of break-ins in 2018. The suspect, who was caught on video, stole $500 and a laptop from two offices in the building and broke into a third.