Prison is the family business in ‘Mayor of Kingstown’ 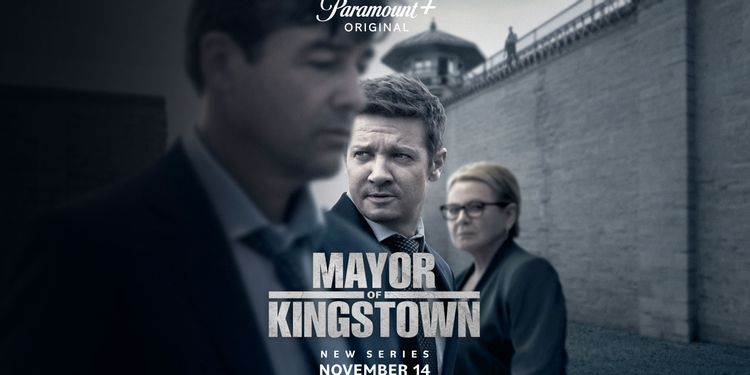 Dianne Wiest’s new TV series is not just another role for her.

“Mayor of Kingstown,” premiering Sunday on Paramount+, tackles the subject of incarceration in America, something near and dear to the actress’ heart for a long time.

Just last month, Wiest was at a rally outside Rikers Island, joining the growing protests against the deteriorating conditions inside the New York City jail.

It was the culmination of years of prison justice activism, working with groups like the California Coalition of Women’s Prisoners and Survived and Punished, a grassroots prison abolition organization that works to free imprisoned survivors of domestic violence.

The 73-year-old Oscar winner can rattle off the stats: the number of people incarcerated in the United States, a rate higher than any other country, how much of the furniture used by the University of California college system is built by prisoners.

“I had become interested in what in America we do with people who are different or poor, and it seems we put them in jail,” Wiest told the Daily News.

Then Taylor Sheridan’s script for “Mayor of Kingstown” came across her desk.

The dark drama revolves around the McLusky family of Kingstown, Mich., a town entirely reliant on its prison. Incarceration is all the McLuskys know. Brothers Mike (Jeremy Renner) and Mitch (Kyle Chandler) work within the system from the outside, fixers who will do anything as long as there’s a favor repaid on the other end. A third brother, played by Taylor Handley, is a police officer.

Wiest’s McLusky matriarch, Miriam, looks over it all with a mixture of disgust and sadness. Locking people up is the family business, but she always hoped for more.

“(Miriam) has to believe that she’s making a drop of difference,” Wiest explained.

“If the inmates aren’t with her, then they’re sitting in their cells doing nothing. If it’s only for an hour or two hours a week, at least they’re getting out of their cells, whether they listen consciously or subconsciously or not at all, something is going in that’s going to give them some thought other than ‘am I going to stay alive?’”

Miriam wanted her sons to get out. When they didn’t, she stayed in Kingstown to protect them. But she’s still sticking around, even though her sons don’t need help.

Wiest is keenly aware that while her character can walk out of prison at the end of the day and go home, the reality for those really behind bars is starkly different – any term can be a life sentence.

“If you’ve got ‘felon’ on your résumé, good luck. No matter what your sentence is, you can’t expect to do anything much with the rest of your life because no employer will go near you,” Wiest said.

“It’s a life sentence regardless.”