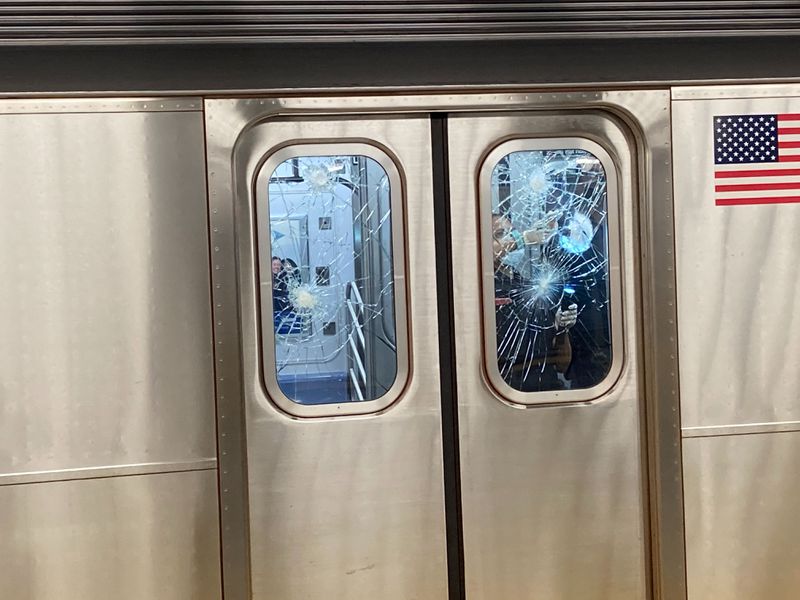 Cops busted a man seen kicking out three windows on an A train at Columbus Circle — and are now trying to determine if he’s the same vandal responsible for smashing some 300 windows on No. 7 trains, police said.

Joseph Martinez, 42, was grabbed by transit officers shortly after he was spotted kicking out the windows on a north-bound A train at the 59th St./Columbus Circle station at 8:15 p.m. Friday.

Martinez, of Queens, was charged with criminal mischief. His arraignment was pending in Manhattan Criminal Court Saturday.

Investigators are now trying to determine if Martinez is responsible for the window smashing spree on the No. 7 line that has plagued the MTA in recent weeks.

The NYPD received 70 reports of smashed subway windows on lines across the city between May 8 and Aug. 18 in what police believe is a series of premeditated attacks.

Hundreds more No. 7 train windows have been smashed since police released a photo of the suspected vandal on Aug. 4. And the spree hasn’t stopped since Monday, when transit and NYPD officials announced a $12,500 reward for information that leads to the smasher’s arrest.

The brazen basher broke 39 windows on two No. 7 trains hours after the bounty was made public. Another No. 7 car was found with 20 broken windows around 10:40 p.m. Wednesday night. And the vandal struck yet another train on the line around 5:50 p.m. Thursday night.

The Daily News reviewed 35 internal MTA incident reports about the smashed No. 7 train windows. All but one of the incidents occurred in the evening, after 4 p.m.

The damage has already cost the MTA nearly $400,000 to fix, officials said.

A police source surmised that Martinez may not be responsible for the No. 7 attacks, claiming that the vandal in those cases used a pipe or a club, not his foot, when he bashed the windows.