Paul Westphal, a Hall of Fame player, a terrific coach and an even better friend, dies at 70 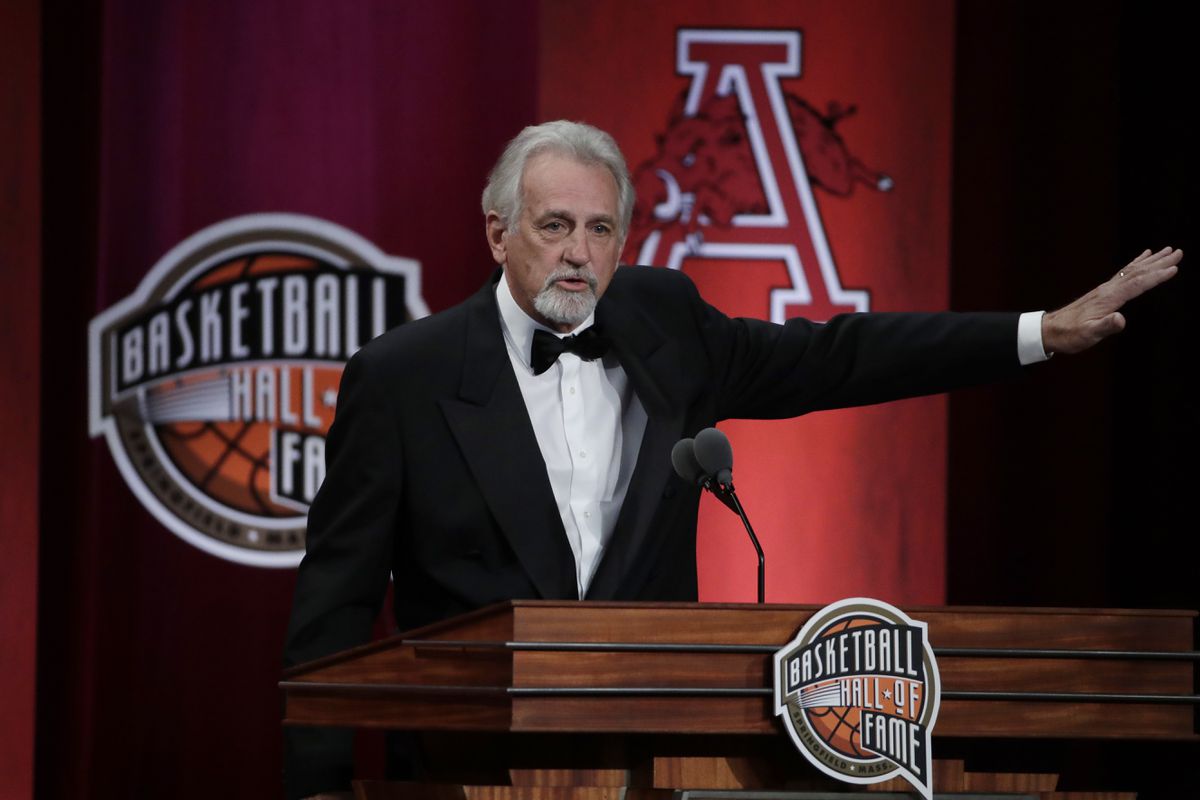 Paul Westphal, who had such a wonderful basketball life, in gyms and out of them, on the court as a player and on the sideline as a coach, died early Saturday morning. He was 70. He had been diagnosed with glioblastoma, a brain cancer, about a year after being inducted into the Basketball Hall of Fame. And as great a player as he was, in Boston and Phoenix and even with the Knicks one time when he was Comeback Player of the Year, you need to know he was a much better man.

“He wasn’t just as good as you think he was,” Charles Barkley, who nearly won his title with the Suns when he played for Paul in the ’90s. “He was better. I’ve been around the NBA since 1984, and there are very few people I would consider selfless. But Paul was one. He never cared who got the credit. He just loved this game.”

Paul was a splendid husband to Cindy. He was a splendid father and grandfather and player and coach and teammate and friend. He was my dear friend all the way back to 1973. I first met him when he was a rookie with the Celtics and I was still at Boston College. He is my daughter’s godfather. He was a groomsmen at my wedding.

He won a title with the Celtics when he came off the bench in a Game 7 against the Bucks in ’74 and played like a total star. He nearly came back and beat the Celtics a couple of years later after he’d been traded to the Suns. And then there was the Friday night at old Boston Garden when the Suns and Celtics played one of the most unforgettable Finals games of all time, a triple overtime game that the Celtics ended up winning 128-126. The last basket Paul made that night was a spinning 360 degree move down the lane.

But it wasn’t the moment in Game 5 for which he is best remembered. No, that was after his friend John Havlicek had scored with one second left at the end of the second overtime to put the Celtics ahead by a point. In those days, the Suns would have had to inbound the ball from under their own basket. But somehow in the madness of the Garden late that night, Paul Westphal figured out that if the Suns called a timeout they didn’t have and give up the technical they could advance the ball to halfcourt, and still have the chance to tie with a basket. They called the timeout they didn’t have, Curtis Perry threw it in to Gar Heard, Heard turned and made a long jumper. And they played on. He started out coaching at a small Bible college in Phoenix, and then won an NAIA national title at Grand Canyon. He went back to the Suns and sat next to Cotton Fitzsimmons, then succeeded Cotton as Suns head coach. In the 1992-93 season, his Suns won 62 games, finally losing to Michael Jordan and the Bulls in six games.[More Sports] Knicks get serious redemption in win over Pacers »

But before that came Game 5 in Chicago. On the way to old Chicago Stadium that day, down three games to one to Michael and the Bulls and with everybody certain the Bulls would win the title at home, Paul and his players saw all these boarded up storefronts, their owners fearing what a victory celebration would be like.

In the Suns locker room that day, Paul grinned and gave what he considered the best pre-game pep talk of his life, writing this on the blackboard:

The Suns won that day, and saved their season, at least for one more game. They’d also beaten the Bulls in triple overtime in Game 3. Seventeen years after the Suns had lost that triple OT game to the Celtics, maybe the basketball gods felt as if they owed him one. I asked him one time if he’d ever watched the end of that epic ’76 game. He shook his head.

He came out of Aviation High in Redondo Beach. John Wooden, who later became his friend and mentor, always referred to him as “the one who got away.” Paul said that as much as he admired Coach Wooden, he thought the real challenge would be beating UCLA. So he went to USC. His best team was 24-2. Both of the losses came to UCLA.

Somehow he ended up with the Knicks in 1982 and 1983, playing for Hubie Brown. His best days were behind him by then, his left knee was getting creakier. But Hubie moved him to point guard for the ’82-83 season. He played 80 games and averaged nearly 12 points and six assists and the Knicks made the playoffs and made it to the Eastern Conference semifinals.

“He knew the game as well as anybody I’ve ever known,” Barkley said on Saturday. “There’s a word people throw around all the time, way too much. But it applied to Paul Westphal. He was legit.”

He was legit. He was kind and he was good and as creative an offensive mind as any bench has ever seen. He kept coaching after he left the Suns, first in Seattle and then in Sacramento, as an assistant to Avery Johnson in Dallas. He coached Pepperdine along the way, the L.A. kid coming back home. His last coaching job in the NBA was with the Brooklyn Nets, when his friend Lionel Hollins asked him to come sit next to him.

Finally the Hall of Fame had the good sense and good taste to welcome him to that club. There was a luncheon he hosted the day before his induction for family and friends, in a room filled with love for Paul Westphal. It was as happy as I’d ever seen him. Then in the late summer of 2020, he received his diagnosis.

He fought cancer with grace and humor and courage, just because the truly shocking thing would have been if he had not. Now he is gone, much too soon. He was always a man of tremendous faith. God thus receives an honored guest. Number 44.