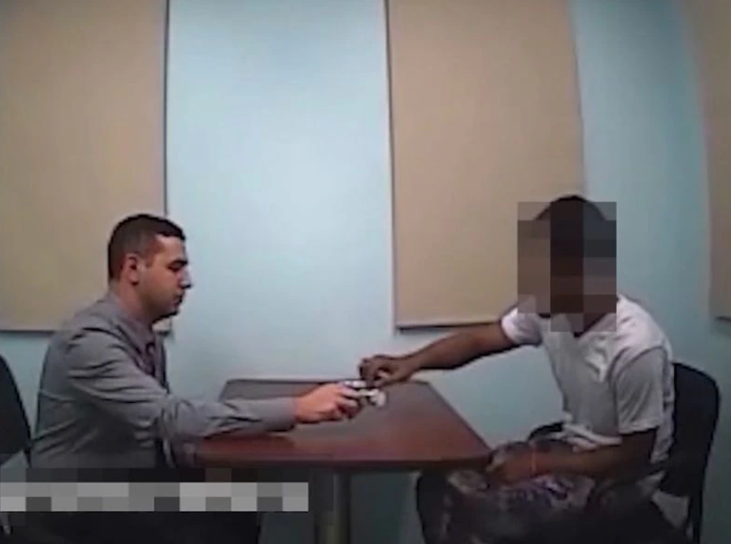 The NYPD’s DNA database comprised of an ever-growing number of illegally obtained genetic profiles of thousands of innocent New Yorkers, including children, a lawsuit alleges.

The Legal Aid Society, in a suit filed Monday in Manhattan Federal Court, wants a judge to declare illegal and unconstitutional the “practice of secretly taking, analyzing and maintaining peoples’ DNA in its suspect index.” The public defenders group also seeks an order asking DNA files and records be expunged from the database

According to the suit, the database, which is maintained by the Office of the Chief Medical Examiner, had at last count 31,826 DNA profiles. Roughly 2,000 are from people who were not convicted or in some cases not even arrested. Most of the rest of the profiles are from those convicted of crimes, with their DNA also entered in a state-run database.

The suit cites a case involving a 12-year-old boy questioned in 2018 by NYPD detectives who offered him a McDonald’s soda, which he drank. The boy left behind a straw that cops used to obtain his DNA. His genetic profile was entered into the database even though it cleared him of any wrongdoing. The boy’s family spent more than a year before obtaining a court order to have it removed.

The NYPD said it operates within the bounds of the law and that the database is an important tool to obtain justice for each crime victim.

But critics have said any policy that allows police to collect DNA without consent is a violation of privacy rights, with people of color most often victimized.

While a conviction is required before someone’s DNA can be entered in the state-run database, those operated by local authorities do have such requirements. DNA from innocent people is repeatedly used in forensic comparisons with evidence collected in future crimes.

“The city’s decision to ignore state and federal law while secretly collecting and permanently storing the DNA profiles of thousands of people should send a chill down the spine of every New Yorker,” said Dave Pollock, a Legal Aid lawyer in its DNA unit. “The NYPD’s troubling ruse offering — our clients a drink or a cigarette after hours in a precinct without food or water, and using it to surreptitiously collect their DNA — is wrong and illegal.”

Sgt. Edward Riley, a NYPD spokesman, said the lawsuit will be reviewed.

“The NYPD’s investigations and tactics, including the collection of DNA, are guided by what is authorized by the law, the wealth of case law from the courts, and the best practices of the law enforcement community,” Riley said. “Behind every time the NYPD collects DNA from a suspect in a criminal investigation, there is a crime victim who is suffering and seeking justice.”

The medical examiner’s office also said the database ”complies with all applicable laws and is managed and used in accordance with the highest scientific standards set by independent accrediting bodies that have regularly reapproved the existence of the database.”

The suit was filed on behalf of Shakira Leslie, 26, and Shamill Burgos, 22 and names as defendants Police Commissioner Keechant Sewell, other police officials and Dr. Jason Graham, the acting chief medical examiner.

According to the suit, Leslie in 2019 was arrested when police stopped a car in which she was riding with five other people and found a gun. During her interrogation, Leslie drank from a cup of water offered to her by police. Charges were dropped against Leslie, who is now a mother with a newborn and works as a hairstylist and makeup artist, but her DNA profile was never removed from the database, the suit alleges.

The same goes for Burgos, who was also arrested for gun possession in 2019 under similar circumstances. The suit said police offered him water and a cigarette, then later collected the cigarette after he left the interrogation room. His DNA was stored in the database and is still there, the suit claims. Charges against Burgos were later dropped and he is now in the military.

Legal Aid released to the media two NYPD videos involving two other criminal suspects, one of whom drank from a water bottle while the other smoked a cigarette. in both videos, an officer enters the interrogation room after the suspect has been led out and recovers the evidence so it can be tested for DNA.