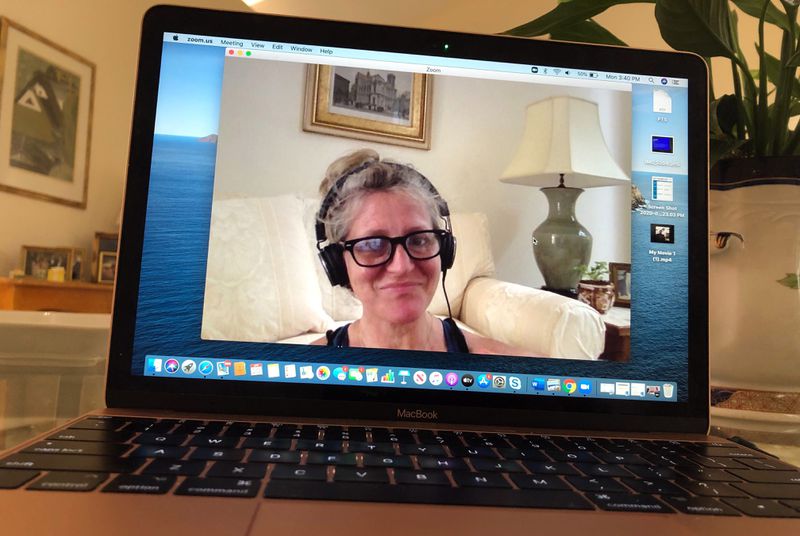 It was a tumultuous spring for the Bronx high school senior. After conflict with her family boiled over during the coronavirus quarantine, she moved out on her own and fell behind on schoolwork — ending the year two credits shy of graduating.

“It’s really stressful because I moved away from my family, and I thought I was going to graduate” said the 19-year-old, who asked her name not be used to protect her privacy. “I just really want to get out of school and want to start a new chapter in my life.”

The Bronx student was hopeful she could quickly recover the credits through the city’s expanded virtual summer school program — an initiative designed to support more than 100,000 city students who didn’t pass at least one course in the spring.

“I thought it was going to be a piece of cake,” she said.

But halfway through the six-week remote course, the teen feels further from her goal of graduating than ever.

After weeks of struggling with new technology, dense, pre-loaded coursework, and virtually no interaction with her teacher, she’s on the verge of dropping out — and staring down the prospect of another senior year.

“It’s really challenging,” she said. “I now basically have to teach myself two classes of geometry to pass and I’m not very good at math.”

“For our students who have already been at the margins of education … education is not really happening” in the virtual summer program, said Rachel Forsyth, a director at Good Shepherd Services, a nonprofit that works with students who have struggled in traditional high schools.

“There’s a real fear that they’re not going to persist,” Forsyth said. “If you had such a difficult experience this summer, are you really going to come back in the fall and stick it out again?”

The city’s expanded virtual summer school was meant to be a shot in the arm and second chance for kids who lost academic ground during a grueling spring.

But from the beginning, some educators were skeptical the model city officials proposed could address the profound challenges of engaging struggling students in remote learning.

According to Chalkbeat, a group of city principals penned a letter in May urging the Education Department to consider assigning students teachers from their own schools, instead of following the traditional model of matching students with teachers they don’t know from schools across the city.

Several students enrolled in summer school told the Daily News that the already difficult task of learning online becomes that much harder when the teacher is a stranger.

“I was more involved in doing my schoolwork during the year … because I actually got in contact with my teachers,” said the Bronx teen. But not knowing her summer school instructors has made her reluctant to reach out for help. “I’m not interested in talking to this person,” she said.

Neither of the girl’s instructors have contacted her to check in, she said.

“I feel very disconnected,” she said. “At least in the spring I had my community and I knew who my kids were.”

And while Education Department officials promised summer school would include daily live video instruction, none of the four students who spoke to the Daily News said they’ve participated in regular video lessons with teachers.

That’s partly because the curriculum, which is comprised of pre-loaded, self-guided activities meant to be completed independently, isn’t set up for live teaching, said Edmonds, the Bronx teacher.

“The guidance I get … is kind of conflicting,” she said. “It’s like on the one hand this is a self-paced course, and on the other it’s like do daily live instruction,” she said.

Some students say they appreciate the freedom of the self-guided curriculum.

“I do my work when I feel comfortable. It’s been good for me, I’m taking my time with it,” said one high-schooler who asked to remain anonymous.

But others have been struggling to keep up without constant support.

“It’s just so boring and not motivating,” said Sapphire, a Brooklyn student who asked not to use her full name. She’s taking a summer Spanish course she needs to graduate.

“You have to read a bunch of prompts in Spanish. I don’t know Spanish. There’s no textbook here, so I have to use Google to translate … I don’t have a good understanding of what I’m doing. I haven’t seen how to access a teacher.”

Education Department spokeswoman Danielle Filson said “we’ve done everything we can to ensure kids can reap the benefits of one-on-one instruction.”

Data on how many students regularly log in and complete their courses won’t be available until the end of the summer, officials said.

They added it’s typical for students not to know their summer school teachers and officials can’t guarantee specific staffing arrangements because they don’t know which educators will sign up to teach the summer program.

Some students say they’ve also struggled to adjust to the new online learning platform officials rolled out for the summer.

The program, called iLearn, got off to a rocky start, leaving thousands of students without work or teachers for the first several days of summer school.

Even after the tech glitches subsided, the Bronx 19-year-old said she was disappointed she couldn’t download work to do offline like she could in Google Classroom, the platform most schools used in the spring. That problem became particularly pressing when her Education Department-issued iPad stopped connecting to the internet.

“I try to do it on my phone but it’s really challenging,” she said.

“We’ve been working around the clock with our families and educators to resolve any tech issues as quickly as possible,” said Filson, the agency spokeswoman. City-issued iPads have internet data plans that extend through next June, she added.

Forsyth said even relatively minor tech hiccups could be the last straw for already disengaged kids.

“That’s when you lose a student,” she said.

She’s not sure how much longer students like the struggling Bronx teen are going to hang on. After three discouraging results on geometry quizzes, the girl has stopped completing her daily assignments altogether.

“I didn’t expect the website to be this difficult,” the 19-year-old said. “I just wanted to do my work and get it over with.”