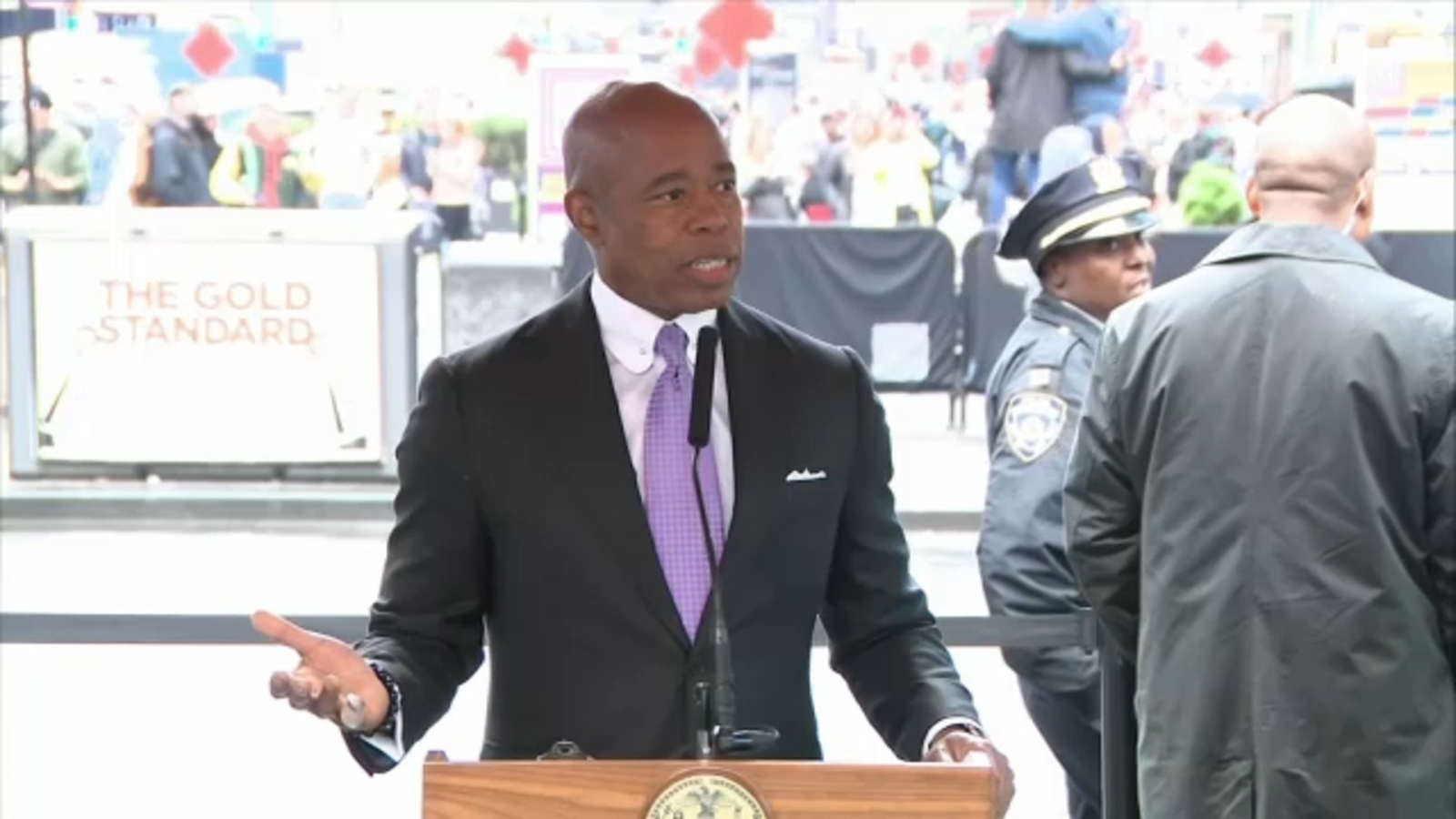 Two days after a recent poll found most New Yorkers are not happy with the job Mayor Eric Adams is doing, he renewed his campaign promise Friday to fight gun violence and reduce crime rates in the Big Apple.

But he said he needs help from the courts.

The mayor spoke in Times Square in his first public appearance since earlier this week when he attended the Met Gala wearing a jacket that read “End Gun Violence.”

Adams spent two days in California at fundraisers and other events, and after his flight home was canceled, he finally arrived late Thursday afternoon, just in time for the walkout ceremony of an officer stabbed by a suspect who was shot by police.

While he was away, a Quinnipiac University poll found 49% of voters believe crime is his most urgent issue, head and shoulders above affordable housing (15%) and homelessness (12%).

Of the 10 issues voters could choose from, no other issue broke into double digits.

Meanwhile, Adams’ overall voter support sunk to 43% approval and 37% disapproval in the poll – down from the 46% and 27%, respectively, from its February survey.

Additionally, 54% of registered voters now disapprove of his handling of crime, while just 37% approve.

The poll found 56% of voters disapprove of his handling of homelessness, while only 41% of respondents approve.

After the poll was released Wednesday afternoon, the mayor’s office put out a statement.

“New Yorkers are rightly worried about crime, which is why public safety has been Mayor Adams’ top priority since day one,” it read. “The mayor launched the new anti-gun unit to focus on getting dangerous guns off the streets, he helped deliver public safety reforms in Albany that many thought were impossible, and he has worked with partners in the federal government to stem the tide of dangerous guns flowing into New York City from other states. But reducing crime in the city won’t happen overnight. We are seeing movement and the crime numbers from yesterday reflect that with homicides, shootings, rapes, and hate crimes all down. Mayor Adams is laser-focused on reversing the failures of the previous administration while fighting back against failed reforms to the state’s justice system and irresponsible laws that flood our city with out of state guns.”