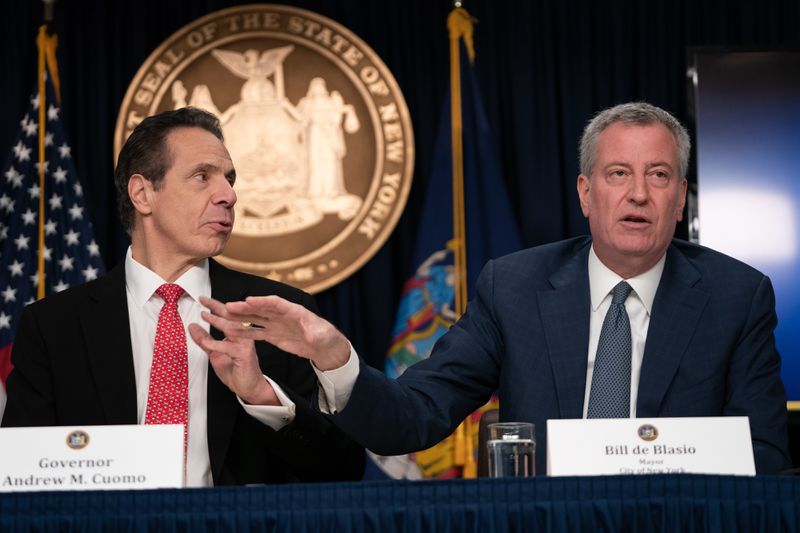 Mayor de Blasio on Thursday pushed back against Gov. Cuomo’s threat to cut funding for the city.

“I’m very used to bluster from Washington and from Albany,” Hizzoner said at a press conference. “I understand bluster when I see it. But here we have a job to do.”

“I am deeply concerned that there is a threat here of a second wave. My job is to stop that second wave, not to play games,” de Blasio said.

“That’s what all levels of government should be talking about together — together,” he added. “Not using wordplay, but actually supporting each other to get this work done.”

Coronavirus in New York: The state continues to face the impact from the pandemic

Taking a page from President Trump’s playbook, Cuomo on Wednesday threatened to “impound” an unspecified amount of state funding from the city if it doesn’t get an alarming surge of cases under control. He voiced frustration over yeshivas that have remained open in spite of a shutdown order.

De Blasio said Thursday that the outbreak is “plateauing.” City workers have issued 288 summonses for breaking rules on mask wearing and holding large gatherings, 25 of them since Wednesday, he added.