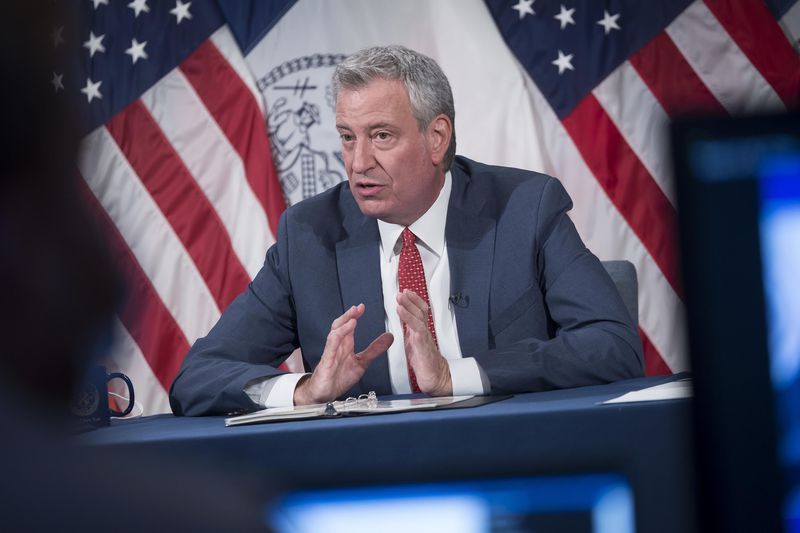 The shortfall came because Department of Education officials didn’t submit all the paperwork to secure more than $155 million in reimbursement for some speech, occupational and physical therapy sessions, Stringer’s auditors found.

The Education Department missed out on at least another $25 million by never requesting reimbursement for other services, the auditors say.

Half of the roughly $180 million city Education Department officials left on the table would have gone to the state under federal rules, with the remaining $90 million flowing to the city coffers, auditors said.

“This is money that could be in our classrooms supporting our children when they need it most,” said Stringer in a statement. “This mismanagement is unacceptable, and the DOE must improve its process to capture every last dollar eligible for reimbursement.”

The officials say Stringer overstated the amount of federal money the city would have obtained by including the 50% that would have gone to state government. Department of Education Chief Administrative Officer Lauren Siciliano said Stringer is holding the department to a standard that is “neither fair nor reasonable.”

Stringer’s office argued that since DOE is responsible for submitting all the reimbursement claims, it was appropriate to note the total amount the agency missed out on recouping, even if half of it would have gone to the state.

To claim money for special education services from Medicaid — the federal insurance program that covers medical costs for low-income people — school districts must compile reams of paperwork, including doctor referrals, evidence that therapists are licensed, consent from families to apply for reimbursement, and notes documenting therapy sessions.

Auditors said the DOE conducted roughly 6.8 million individual therapy sessions during the 2018-19 school year for which it could’ve claimed reimbursement.

But the Education Department was missing at least one element of the necessary paperwork for about 1.6 million of those therapy sessions, depriving the agency of up to $155 million in potential reimbursements, auditors said.

The most common piece of missing documentation was a referral from a doctor, auditors found.

The DOE has a team of in-house doctors that writes referrals for occupational and physical therapy, and agency officials said they try to deploy those doctors based on need. Stringer’s auditors advised the DOE to hire more doctors.

Stringer’s auditors found other holes in the DOE’s procedures.

In roughly one-fourth of the cases the auditors analyzed, the DOE failed to submit evidence that the provider had an appropriate license to claim federal reimbursement. The comptroller’s office recommended a “comprehensive review” to determine which therapists need to obtain or update their credentials.