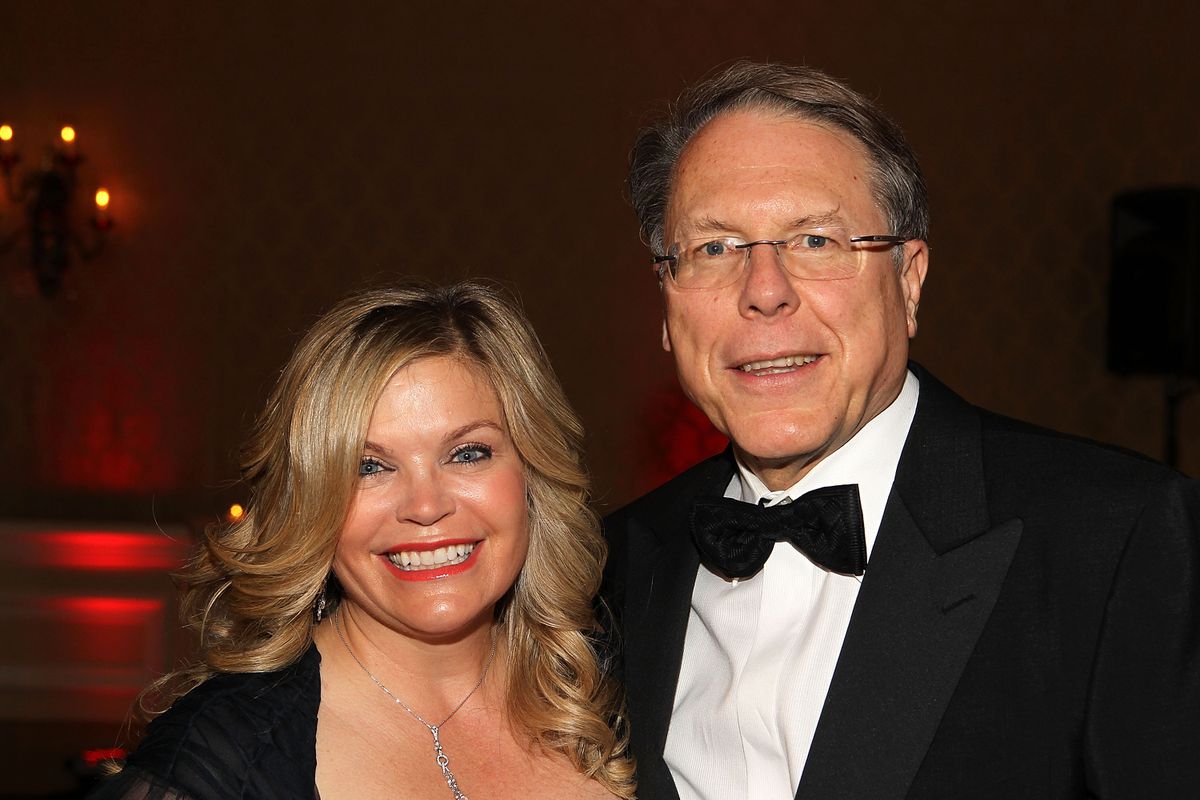 This resolute gun nut was under “The Illusion” he was the real target of armed killers.

NRA leader Wayne LaPierre says he faced an unprecedented “security threat” in the wake of bloody rampages at Sandy Hook Elementary in Connecticut and a Parkland, Fla., high school — and had to seek refuge aboard his Hollywood producer pal’s 108-foot yacht.

In a chutzpah-rich deposition, the politically powerful gun-rights advocate said the fancy vessel christened “The Illusion” was one of the few places he felt safe from the national outrage that erupted after the slaughter of innocent children with military-grade firearms.

“They simply let me use it as a security retreat because they knew the threat that I was under. And I was basically under presidential threat without presidential security in terms of the number of threats I was getting,” LaPierre said. “And this was the one place that I hope could feel safe, where I remember getting there going, ‘Thank God I’m safe, nobody can get me here.’ And that’s how it happened. That’s why I used it.”

The deposition emerged Monday on the first day of a closely watched hearing over the NRA’s decision to file for bankruptcy in Texas to avoid a lawsuit brought by New York State Attorney General Letitia James.

Assistant Attorney General Monica Connell said in opening remarks that LaPierre’s use of The Illusion was a clear conflict of interest and violation of rules surrounding the NRA’s nonprofit status. LaPierre did not disclose his free trips aboard the boat, owned by Hollywood producer David McKenzie. Meanwhile, the NRA continues to pay McKenzie $1 million a month for media projects, Connell said.

“The only thing that stops a bad guy with a gun is a good friend with a yacht?” tweeted Shannon Watts, the founder of the gun reform group Moms Demand Action — mocking LaPierre’s response to the slaughter of 26 people, including 20 children between 6 and 7 years old, at Sandy Hook Elementary School in Newtown, Conn., in 2012.

“The only thing that stops a bad guy with a gun is a good guy with a gun,” LaPierre notoriously said, prompting the Daily News to label him “the craziest man on Earth.”

The extravagant yacht is equipped with two jet skis, a 16-foot “jet boat,” several state rooms and a cook. LaPierre also took the yacht on a family trip to the Bahamas. He recalled a handful of trips to Europe and Greece with “celebrities” aboard other boats owned by the McKenzie family. The vacations were part of an effort to recruit celebs “young and old” to the NRA, LaPierre said.

But the NRA honcho conceded in the deposition that his security director did not conduct any review of security aboard the boat or scrutinize the people on board.

James sued to dissolve the NRA in October, alleging leaders of the politically powerful organization lived extravagantly off of members’ money. The allegations emerged amid nasty infighting in the NRA’s upper ranks that spilled into court and weakened the group’s legendary political influence.

LaPierre responded to James’s suit by filing for bankruptcy in Texas — while still declaring the organization with 5 million dues-paying members was stronger than ever. LaPierre openly admitted the bankruptcy is intended to avoid James’ oversight, which he says is politically motivated.

The ongoing hearing in Texas Bankruptcy Court is expected to last six days and will feature testimony under oath by key players about the gun rights group’s shady finances.

A judge will rule if the bankruptcy case should proceed, or if questions surrounding the NRA’s money woes should continue to be litigated in New York courts. The NRA was founded in New York in 1871.

The Illusion was not the only example of LaPierre’s misuse of NRA money, the AG’s office said. Connell also cited a traveling “glam squad” of stylists for LaPierre’s wife who traveled with the family to vacation destinations.

NRA attorney Greg Garman countered that the stylists were not exclusively for Susan LaPierre, but rather a goody for speakers at the NRA’s Women’s Leadership Forum.

“Are there going to be facts that are moderately cringeworthy? The answer is yes. We’re not going to run from them,” Garman said in opening remarks, insisting the NRA began a “self-correction” in 2018.

The NRA’s opposition to any gun reform remained firm in 2018 following the fatal shootings of 14 students and three staff at Marjory Stoneman Douglas High School. The mass shooting inspired a new generation of teenage activists.

In a videotaped deposition played during opening remarks, LaPierre explained that the AG investigation posed an existential threat to the NRA. He said there was “tremendous concern” about the probe.

“She would have put the NRA into receivership, which would have in effect destroyed the organization,” LaPierre said.

“It certainly does not deserve to be dissolved.”