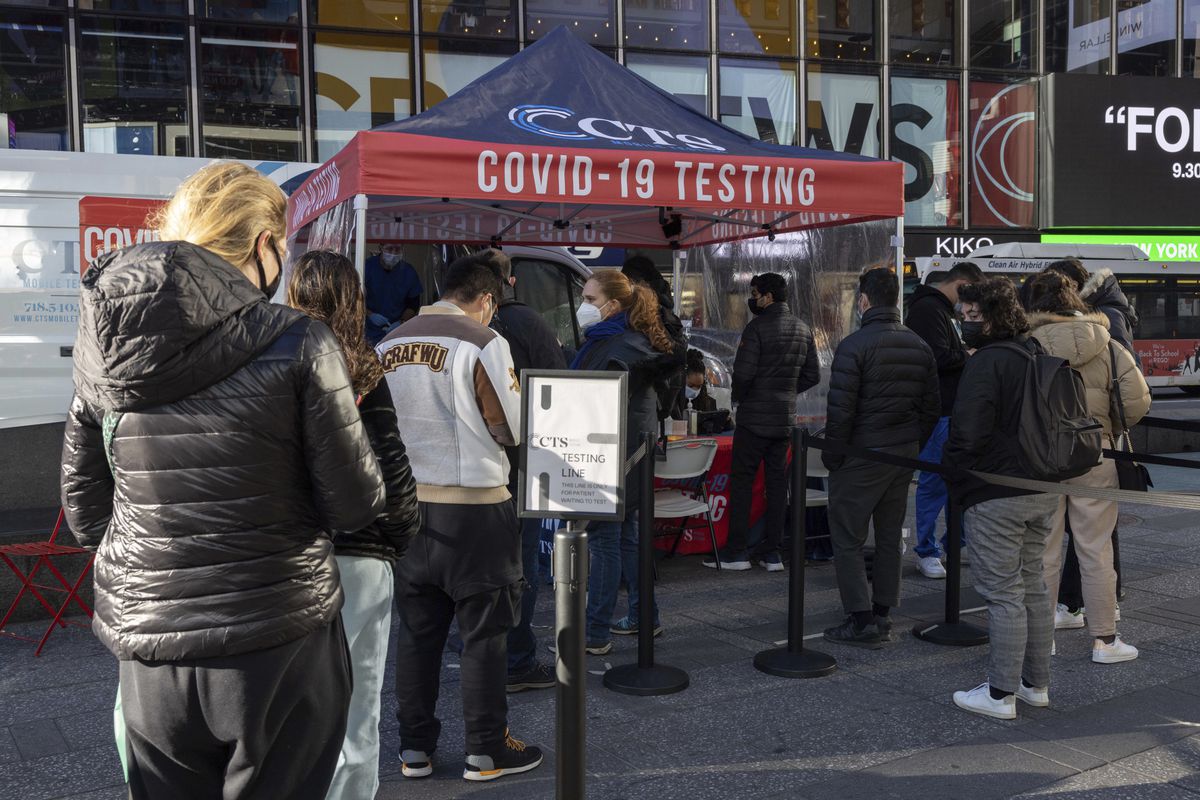 Thirteen of the 20 omicron cases have been identified in New York City, according to the governor’s office. The tally has grown since last Thursday, when Hochul detailed the state’s first five omicron cases.

Omicron, first spotted in Botswana in late November, spread swiftly in southern African and parts of Europe, and has now appeared in at least 20 states.

Even as case counts grow, health officials are still working out what kind of threat omicron poses. But the strain appears more resistant to vaccines and natural immunity than previous variants.

Pfizer and BioNTech acknowledged on Wednesday that two shots of their vaccine may not offer sufficient protection to ward off the new strain, but also said early data suggests that compared with two shots, a third jab boosts the protection against omicron by 25-fold.

“Although two doses of the vaccine may still offer protection against severe disease caused by the omicron strain, it’s clear from these preliminary data that protection is improved with a third dose,” Albert Bourla, Pfizer’s CEO, said in a statement.

In response to omicron, Hochul and other officials have loudly urged New Yorkers to get booster shots if they’re eligible, and to complete their initial course of shots if they have not.

“Let us all continue to get vaccinated, get the booster shot, and encourage our family members and fellow New Yorkers to do the same,” Hochul said in a statement. “We know the tools to limit the spread and prevent serious illness from the COVID-19 virus. let’s use them.”

It may be weeks before omicron’s virulence becomes clear. Hospitalization rates lag behind the number of cases, and South Africa’s relatively young and largely unvaccinated population may not experience an omicron wave in the same way as the U.S.

Even before the onset of omicron, New York was grappling with a surge in COVID cases. Western and northern areas of New York have experienced higher rates of cases, according to state data.

New York began its vaccination campaign almost a year ago, on Dec. 14, 2020, and many hoped the shots would bring a quick close to the health crisis. “It’s the beginning of the last chapter of the book,” then-Gov. Andrew Cuomo, said at the time.

But after another challenging year marked by vexing variants, Hochul said the path back to normalcy remained the same.

“The vaccine is safe, effective, and our best hope for moving past this pandemic,” the governor said in her statement. “We will get through this together.”