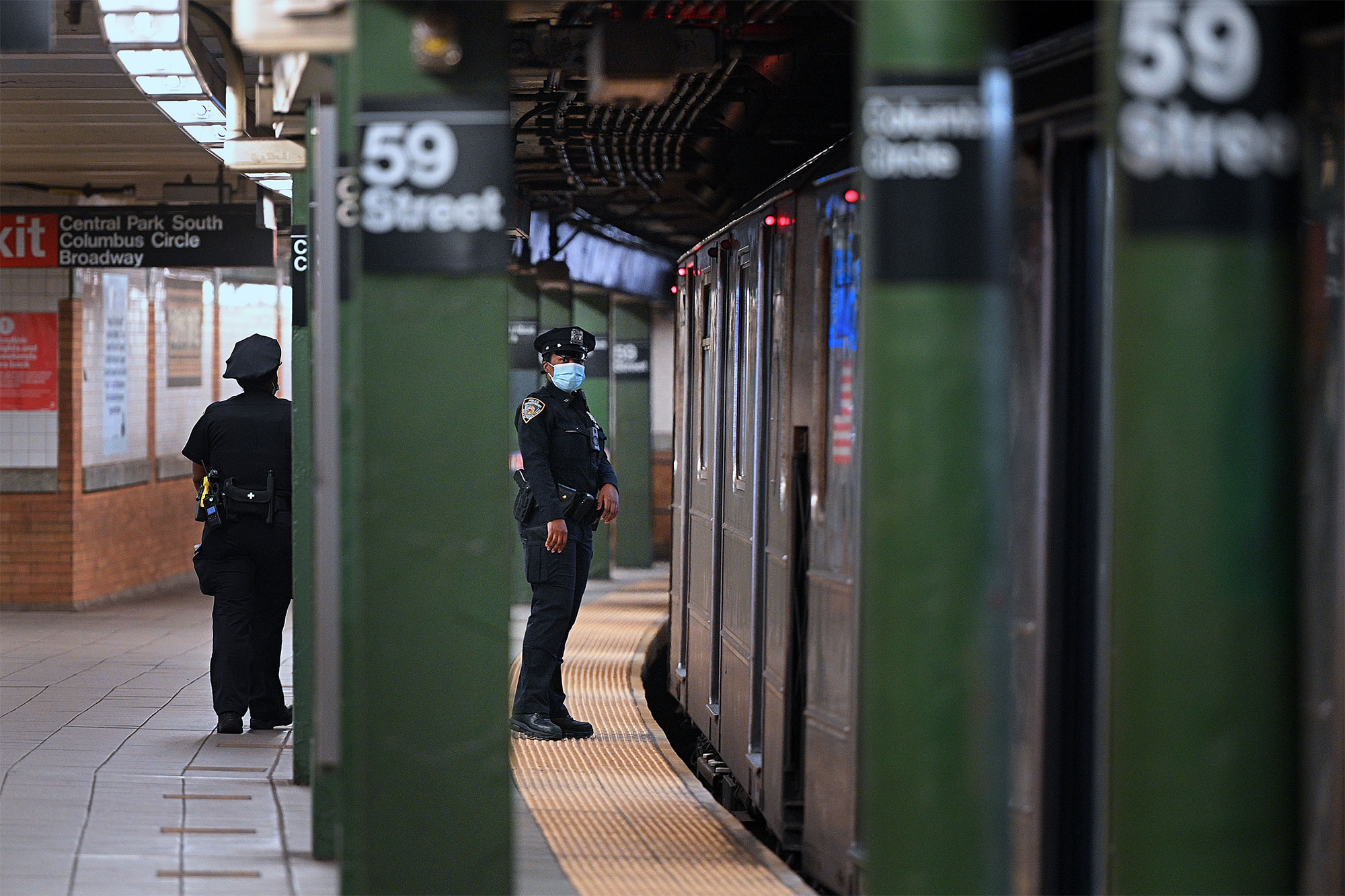 Wilcox — who was named to the post by Police Commissioner Keechant Sewell last week — said it’s “paramount” for subway riders to feel safe amid a surge of high-profile crimes on the transit system, including the murder of Michelle Go, who earlier this month was shoved in front of a subway train at Times Square by a mentally ill homeless man.

The push comes after NYPD data released last week revealed 2021 saw the highest number of assaults in the subways since 1997 — and the most murders in at least 25 years.

Wilcox did not specify how many additional police officers would be deployed into the subways. His announcement comes a year after the NYPD surged 500 extra cops into the subways after a mentally ill homeless man went on a rampage last February, stabbing four people — two fatally — during a horrifying 14-hour stretch.

But MTA Chairman Janno Lieber said this time was different.

“There was an additional number of cops in the system [last year], but the commitment to reinstitute train patrol, as the chief has said, as the centerpiece of the NYPD strategy for how to manage crime and safety in the subway system is a new development from my standpoint, and very welcome,” Lieber told reporters. “We need cops on platforms. We need cops on trains. Those are places where people feel vulnerable, and they are vulnerable.”

Wilcox’s announcement came the same day Mayor Adams laid out a citywide strategy aimed at cracking down on gun violence after two police officers were shot in Harlem Friday, leaving one dead and another in critical condition. That strategy includes spot checks for firearms at bus and train stations across the city, the mayor said.