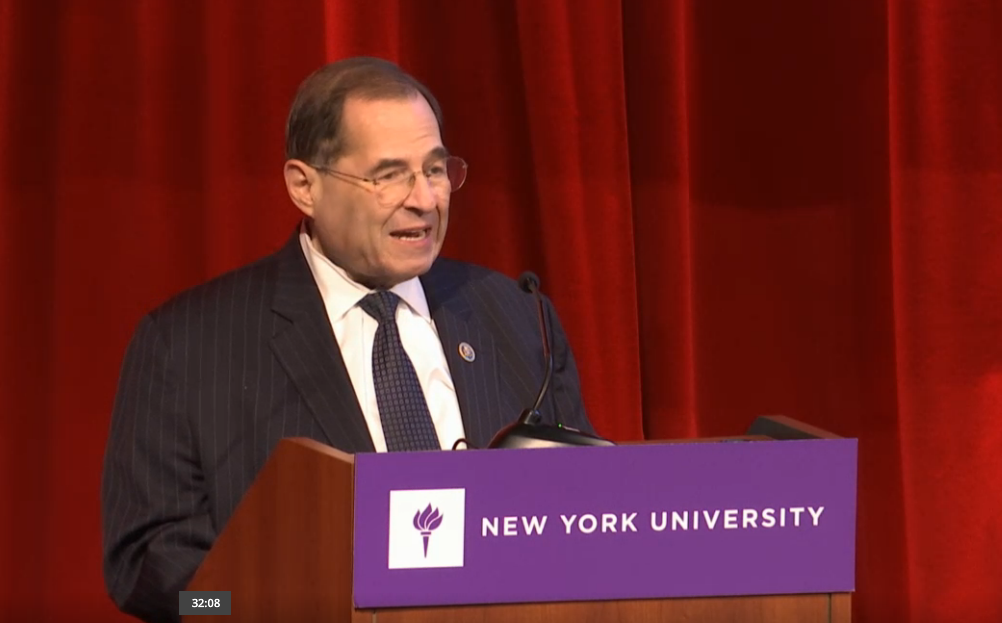 Rep. Jerry Nadler outlined the terms of a proposed Democrat-backed pandemic relief bill in a meeting with Manhattan elected officials and local business owners with questions about the Paycheck Protection Program.

The bill, called the Heroes Act, would provide $1 trillion for state and local governments, $200 billion for hazard pay for first responders and medical workers and $25 billion to support the U.S. Postal Service, as well as extending enhanced unemployment benefits and offering another round of direct stimulus spending to Americans.

The House is expected to vote on the bill, which was written without input from Republicans or the White House, by Friday, but it will likely go through some changes in response to resistance from Senate Republicans, Nadler said in the meeting, which was organized by the Greenwich Village Chelsea Chamber of Commerce and the Village Alliance.

Nadler thinks most Republicans would rather wait and see the effects of the past stimulus bills before approving more spending, he said.

Because of the payments made on state, county and city level, New York City would receive about $11.5 billion dollars in aid this year and nearly $6 billion next year if the bill passes as written, Nadler said. As a whole, the state would get $22 billion this year and $12 billion the next.

“New York does very well in this bill,” Nadler said.

Another important aspect of the bill is the elimination of the PPP’s “75/25 rule,” which requires that 75% of aid money be spent on retaining or rehiring employees, Nadler said. This has backfired in some ways, with businesses under mandatory closure able to keep staff but not pay for other important operating expenses.

Sen. Brad Hoylman and Assembly Member Deborah Glick expressed their gratitude for the proposed federal spending, stressing the importance of the aid for New York State, which Glick said has $15-17 billion in lost revenue so far this year.

Hoylman and City Council Speaker Corey Johnson shared some of their plans to help New Yorkers alongside – or in place of, if the bill is blocked by Republicans – federal aid.

The City Council will vote Wednesday on bills protecting small business owners from tenant harassment and temporarily suspending business owners’ personal liability on commercial leases, meaning they would not be forced to give up their keys if they could not pay rent, Johnson said.

Despite these efforts, the elected officials insisted that more federal money would be essential for the recovery effort.