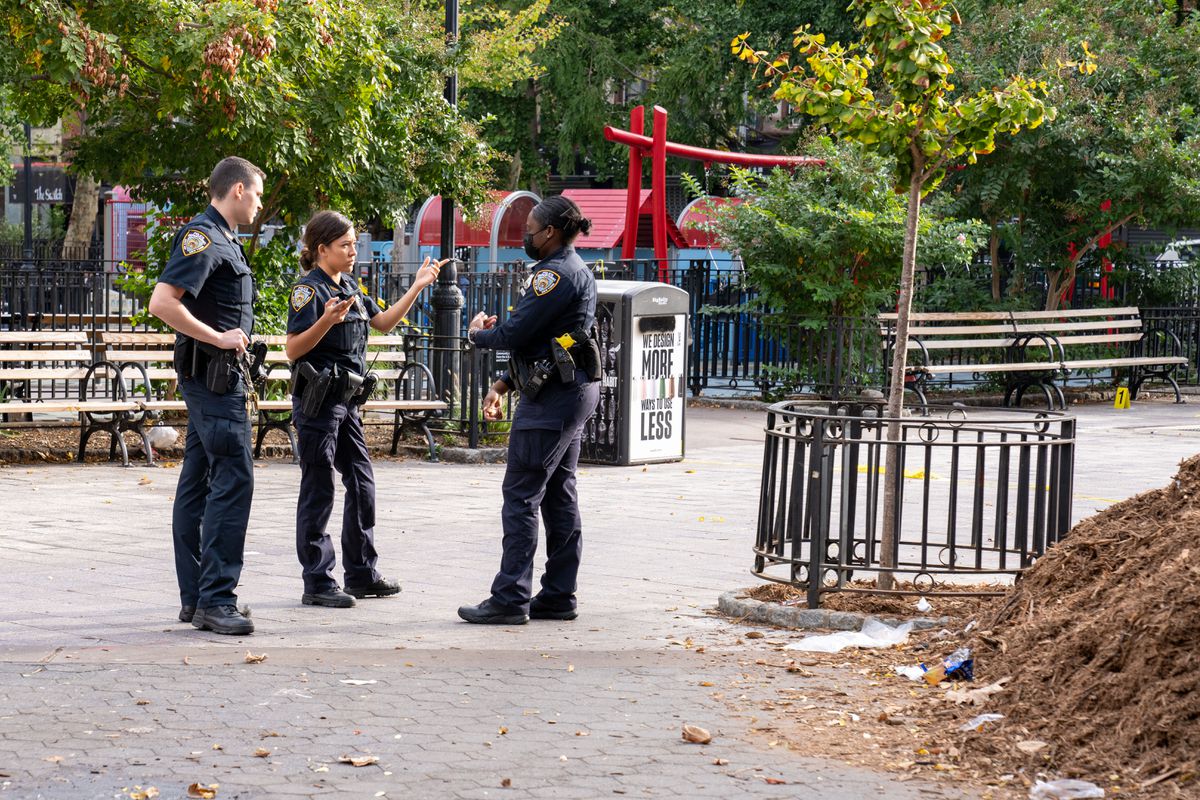 A deliveryman was knifed to death early Saturday by a mugger who robbed him of his e-bike outside a Lower East Side park — one of two stabbings to take place at the troubled green space within a 12-hour span, officials said.

Cops responding to a report of a robbery found the wounded 51-year-old victim outside Sara D. Roosevelt Park on Hester St. near Chrystie St. about 1 a.m., authorities said.

The man had been slashed in the face and stabbed in the stomach, cops said. EMS rushed him to Bellevue Hospital, but he could not be saved. His name was not immediately disclosed as cops tried to identify him.

The victim was rolling down the street on an e-bike when the mugger stopped him and robbed him of his wheels, witnesses told police. The attacker flashed a blade and stabbed the victim as they fought over the bike.

Bleeding, the victim ran toward the park, where he sought help from a city Parks Department employee, cops said.

An insulated Grubhub delivery bag was attached to the back of the victim’s bike, but it wasn’t immediately clear if the victim was making a delivery when he was attacked.

About 1:10 p.m., just over 12 hours after the first attack, cops were called back to a section of the park near the corner of Chrystie and Delancey Sts., where a 34-year-old man was stabbed in the chest during an argument.

EMS took the victim to Bellevue Hospital, where he was listed in critical condition. His attacker fled the area on a Citi Bike, police sources said. No arrests have been made.

The fatal stabbing is the latest black mark on the narrow, 7.8-acre park, where seven robberies have been reported in 2021 as of Oct. 10 — two more than the five reported by the corresponding time last year, officials said.

Police count 15 assaults at the park so far in 2021, three more than the dozen investigated in the area in 2020, NYPD stats show.

The NYPD’s 5th Precinct, which oversees the park, has seen an 8% drop in overall crime this year, officials said.

In 2018, Arturo Valdez, 23, was knifed to death by a man inside the park during a fight over the drug K2, police and witnesses said. The suspect, Larry Fullewellen, 70, was arrested four hours later at the Port Authority Bus Terminal, still carrying a bloody knife, cops said.

His murder trial is pending in Manhattan Criminal Court.

No arrests have been made in Saturday’s slaying. Cops were scouring the area for surveillance video that can help them identify the mugger.