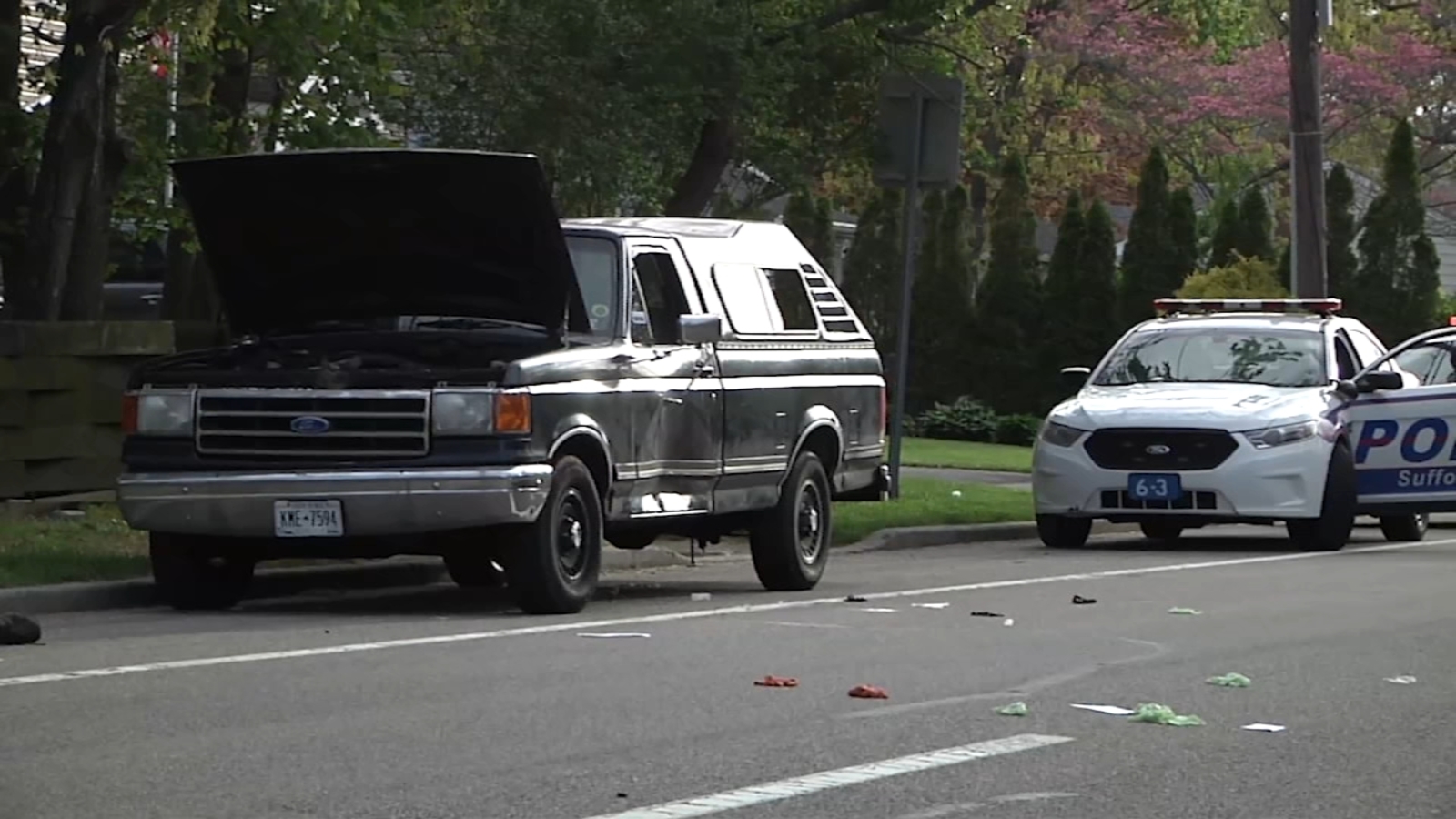 Police are looking for the driver involved in a deadly hit and run in Suffolk County.

Two men were working on a pickup truck parked outside the home in Holtsville when they were hit by a car just before 5:30 p.m. Wednesday.

Ryan Walker, 37, was pronounced dead at the hospital.

He was taken to Stony Brook University Hospital and is being treated for serious injuries.

The driver did not stop and fled the scene.

Detectives are asking anyone with information on the crash to call the Major Case Unit at 631-852-6553 or anonymously to Crime Stoppers at 1-800-220-TIPS.