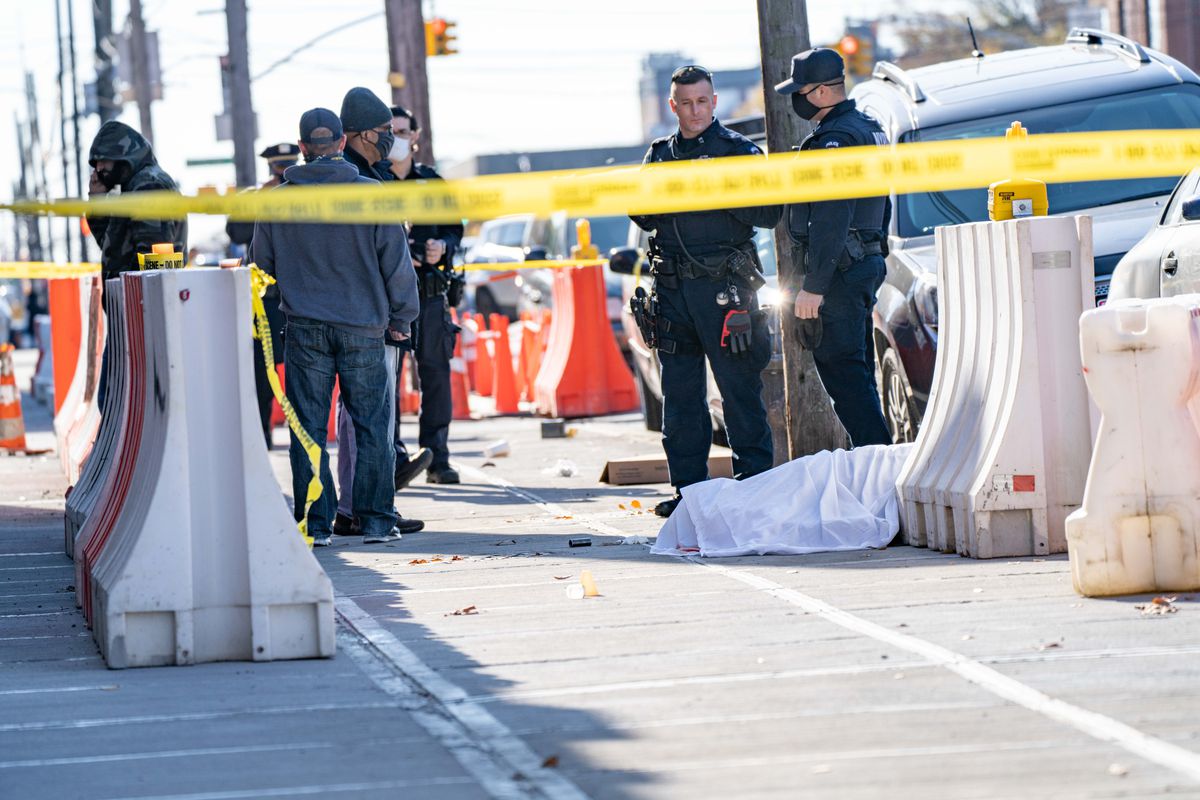 A man was fatally shot in the head during an argument outside a Brooklyn auto body shop Saturday, police said.

The gunfire erupted outside an AutoZone on Utica Ave. near Rutland Road in East Flatbush around 10 a.m., cops said.

The 51-year-old victim, who lived in Brooklyn, died at the scene. No arrests have been made, and his name has not been released by police.

Friends of the victim said he’d moved from the neighborhood to New Jersey two weeks ago with a wife, and their son and daughter.

He was a “good hard-working man,” one of the friends said. “He loved his kids.”