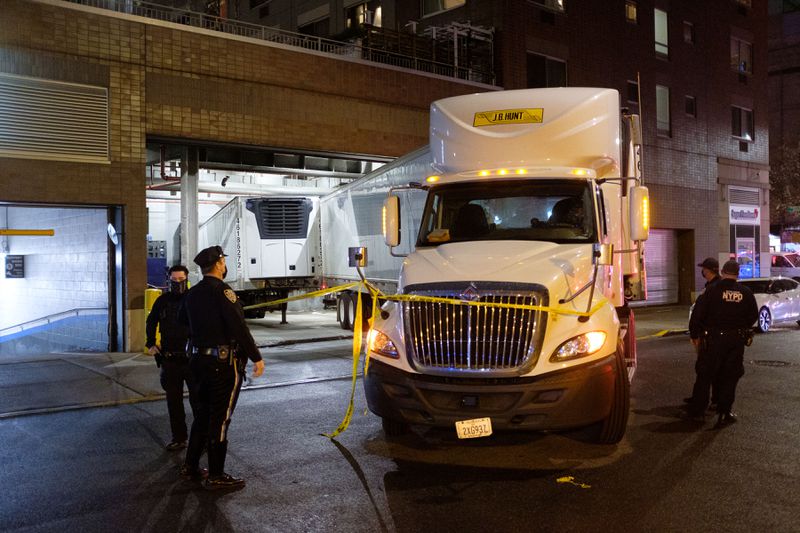 A Harlem man was crushed to death Monday as he tried to guide a tractor trailer into a supermarket garage, police and witnesses said.

The 39-year-old victim, known around the neighborhood for collecting bottles for cash, often directs trucks into the Super Foodtown loading area on W. 145th St. and Frederick Douglass Blvd. for tips, a store worker told the Daily News.

“He was trying to direct the tractor trailer back into the building. There was another (truck) next to it,” said the visibly shaken worker, who didn’t give his name.

The tractor trailer came in at an angle, pinning the man between it and the parked truck, the worker said.

“When the truck came forward, he just fell out, forward,” the worker said. “He was crushed.”

Medics took the victim to Harlem Hospital, but he couldn’t be saved, police said. The tractor trailer driver remained at the scene, and cops were still investigating Monday night.

The victim’s shopping cart, which was filled with recyclable object like bottles and cardboard boxes, sat about 25 feet away from the deadly scene.

“He was one of the guys from the neighborhood who would pick up cans,” said Theresa Culvert, 57, who lives across the street from the supermarket. “He always guided the trucks in. He was just helping out, and it’s terrible to know he passed.”

She added, “Every time I went to the store he would say hi and play with my dog. Everybody in the neighborhood knew him. He was very kind and he would talk to everybody.”