Keith Hernandez has number retired by Mets in pre-game ceremony 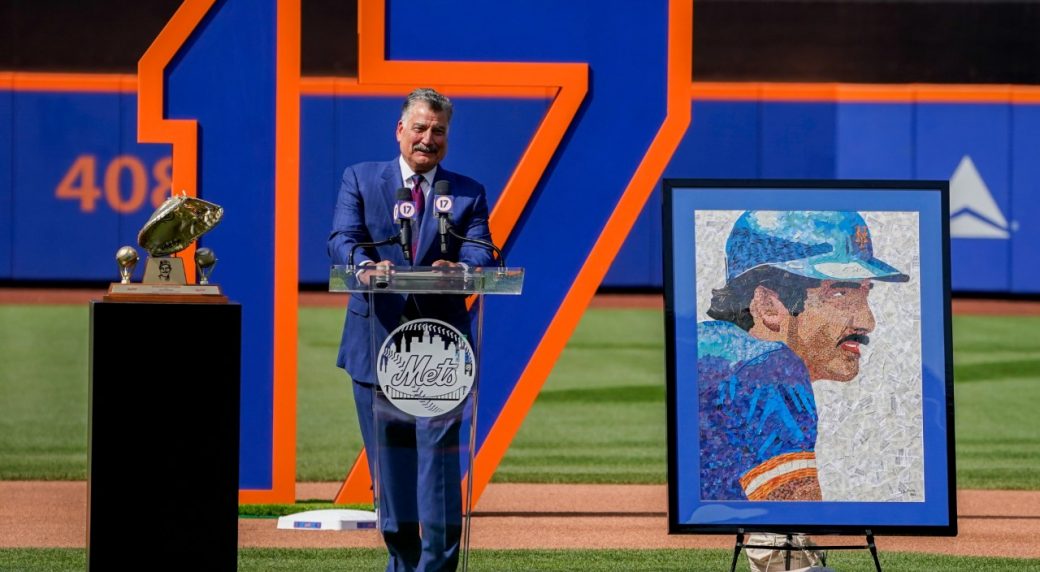 His old jersey — number 17 is now legendary after the team retired it before Saturday evening’s game against the Miami Marlins.

“This is certainly a great honor, it certainly started out as a last-place team,” said Hernandez.

Hernandez, who was the Mets’ first captain, and helped the team win the 1986 World Series, is just the fourth player in franchise history to receive the honor.

Hernandez threw out the first pitch from first base to his brother, Gary, who caught it using the same glove that Hernandez used in the 1986 world series.

On Saturday, fans were honored to witness this piece of history.

“I’ve always liked Keith a great deal. I felt when he came to the team he became the spark plug for the team. He changed the whole attitude about winning – no one played better than Keith Hernandez,” said Larry Moran.

Mets fans lined up outside Citi Field wearing his number. It was extra special for Keith Silvers.

“I had his 17 jersey. I never wore it, because I said one day I’d meet him,” Silvers said.

And Silvers did – last year he walked away with a Hernandez signature and a moment he will never forget.

“Hence why I am not wearing it today – didn’t want to get it dirty,” added Silvers.

The support from fans is not lost on Hernandez.