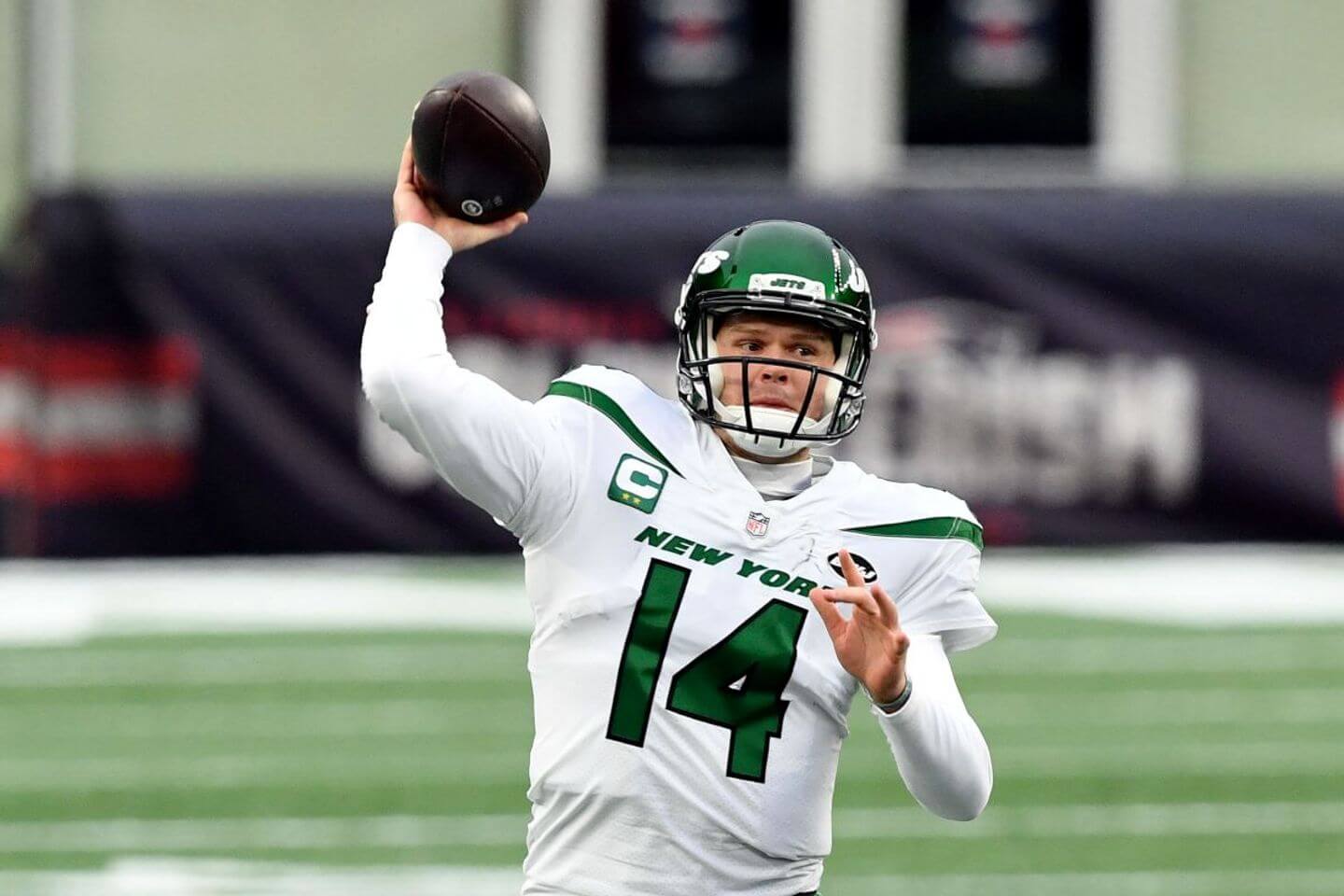 Sam Darnold is no longer a Jet.

Gang Green has traded the young quarterback to the Panthers for a 2021 sixth-round pick and 2022 second and fourth-round picks.

Darnold has been in New York since 2018 when the Jets picked him at No. 3 in the NFL Draft. The team thought at the time it lucked out after the Giants, also needing a replacement for Eli Manning, passed on Darnold and instead drafted running back Saquon Barkley with the No. 2 pick that year.

Jets fans mocked Big Blue for passing on what they considered found money after the “Suck for Sam” movement during the 2017 season. The team’s QB situation never fully settled after Mark Sanchez’s butt fumble, with the job bouncing between Geno Smith, Ryan Fitzpatrick and Josh McCown.

“I want to publicly acknowledge the commitment, dedication, and professionalism Sam displayed while with the Jets,” Jets GM Joe Douglas said Monday. “He is a tough-minded, talented football player whose NFL story has not yet been written yet. While all these things are true, this move is in the short- and long-term best interests for both this team and him. We thank Sam for all of his work on behalf of this organization and wish him well as he continues his career.”

Darnold, a USC product from Capistrano Beach, Cal., never reached his full potential during his Jets tenure. He went 4-9, completed 57.7% of his passes, threw for 2,865 yards, rushed for 138 more and logged 18 touchdowns (17 passing, one rushing) in 13 games his rookie season, showing promise beyond his statline. The next year under the coach the Jets expected to bring out the best in him, Adam Gase, Darnold completed 61.9% of his passes, threw for 3,024 yards and logged 19 TDs (17 passing, two rushing) over 13 games. He also accumulated 28 total interceptions in the two-year time span.

By 2020, he regressed significantly, only completing 59.6 % of his passes and throwing for 2,208 yards with nine TDs and 11 interceptions in 12 games. He had a passer rating of 72.9, a quarterback rating of 40.1 and was widely regarded as one of the worst QBs in the league.

Darnold’s time in Gang Green was ultimately marred by injuries, illness and an unfortunate Mic’d Up clip of him saying “I’m seeing ghosts” during a horrendous game against the “boogeymen” New England Patriots back in 2019. The clip drew the ire of Gase and then-Jets running back Le’Veon Bell and made the team question whether it would allow players to be mic’d up in games moving forward.

The Jets have the No. 2 overall pick in the 2021 NFL Draft and have been expected to use it on a quarterback, likely BYU product Zach Wilson. It’s been an open secret that Darnold was on the market as Jets general manager Joe Douglas said the Jets were taking calls on Darnold in early March.