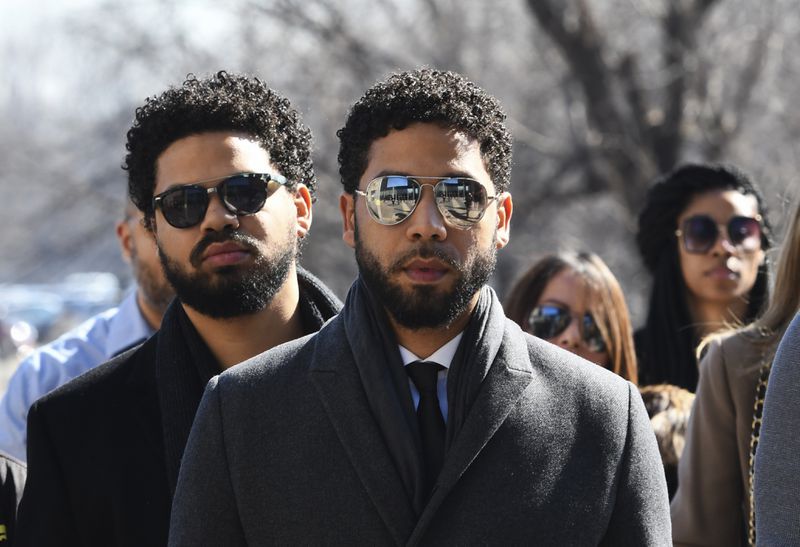 The Cook County state’s attorney’s office, which dismissed charges against Jussie Smollett for allegedly staging a hate crime against himself last year, is now accused by a special prosecutor of making multiple false remarks during its handling of the case.

The Chicago special prosecutor, Dan Webb, said Monday following an investigation that he found “evidence that establishes substantial abuses of discretion and operational failures” by Cook County State’s Attorney Kim Foxx and others at her office.

Webb, who shared a 12-page report of his findings, believes the parameters of dropping the charges weren’t especially harsh, and criticized the state’s attorney’s office for contending at the time that the dismissal was handled similarly to how many other cases had been in the past.

“There were not thousands of (or, arguably any) similar cases,” Webb said.

The special prosecutor said he didn’t find evidence, however, that would “support any criminal charges” against Foxx or her colleagues.

Webb also claimed Foxx “made false statements” when she told reporters she had stopped communicating with a family member of the actor — his sister, Jurnee Smollett — and was critical of Foxx’s decision to hand the case over to a member of her office, Joseph Magats, when she recused herself, instead of giving it to a special prosecutor.

The state’s attorney’s office said in a statement responding to the Webb’s findings that it “categorically rejects … characterizations of its exercises of prosecutorial discretion and private or public statements as ‘abuses of discretion’ or false statements to the public.”

In January 2019, Smollett — who played Jamal Lyon on “Empire” — claimed to police that he’d been attacked in Chicago by two men who hurled racist and homophobic diatribe at him, poured a chemical substance on him and placed a rope around his neck.

Weeks later, Smollett was arrested and accused of filing a false police report and of paying $3,500 to two brothers to carry out the attack.

A grand jury indicted the actor on 16 counts of disorderly conduct last year, and Foxx’s office later dismissed all charges against Smollett. At the time, Foxx said the dismissal shouldn’t be viewed as an exoneration for Smollett.

Smollett has maintained his innocence and stood by his story throughout the highly publicized case.

This past February, Webb hit Smollett with six counts of disorderly conduct, accusing the actor of giving false information to police.

On Monday, an attorney for Foxx condemned Webb’s findings in his investigation.

“It’s a blatant attempt to take down a black, progressive, female prosecutor who does not fit within the white power structure,” said Mark Geragos.