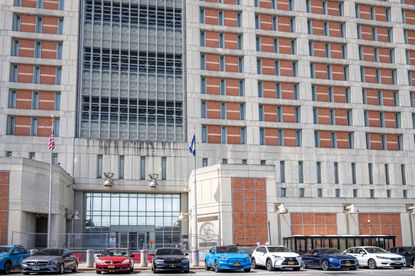 A man who pleaded guilty to possessing child pornography was found dead in his cell at Brooklyn’s federal jail Tuesday, the third accused or convicted pedophile to die at the troubled lockup in the past 18 months.

Raymond Keegan, 60 — arrested for possessing child pornography in 2018 — died Tuesday of unknown causes, the federal Bureau of Prisons stated, declining to comment on the circumstances.

A source close to inmates at the Metropolitan Detention Center in Sunset Park told the reporters that Keegan died of a heart attack in his cell. His cellmate found him and screamed for help, the source said.

Two other inmates similarly charged have also died at the federal lockup since May 2020.

Kenneth Houck, 44, killed himself at the Metropolitan Detention Center in Sunset Park on May 19, 2020, according to a report. He hanged himself at the jail — though he had previously reported being beaten by federal inmates at another jail in 2015. His family claimed the BOP left them in the dark after his death.

Also, a Drug Enforcement Administration investigator was found dead in his cell in solitary confinement on June 23, 2021. Frederick Scheinin, 34, had been convicted the day before his death of attempted production of child pornography and attempted coercion of a minor to engage in sexual activity in Manhattan Federal Court, authorities said. He died shortly after being moved to the MDC.

Scheinen tried to persuade a 14-year-old to send him nude photos. The victim was an undercover law enforcement agent posing as a child, the feds said. The former investigator was arrested when he tried to meet up with the teen he thought he was messaging.

The three deaths have gotten little attention compared with that of Jeffrey Epstein at the Metropolitan Correctional Center in Manhattan in 2019. Epstein was extorted by fellow inmates and ignored by staff in his final days at the jail.

Experts say jail is a high-stress situation for people accused of sex crimes against children.

“Pedophiles are seen as the lowest form of humanity next to snitches or informants,” said Cam Lindsay, a jails consultant who was the warden of the MDC from 2007 to 2009. “They may even be considered worse in some circles code of inmate conduct. They face unique dangers. It’s important that they do everything they can to conceal their offenses.”