Inequalities exposed by coronavirus and racism have world at ‘breaking point’: U.N. Secretary-General 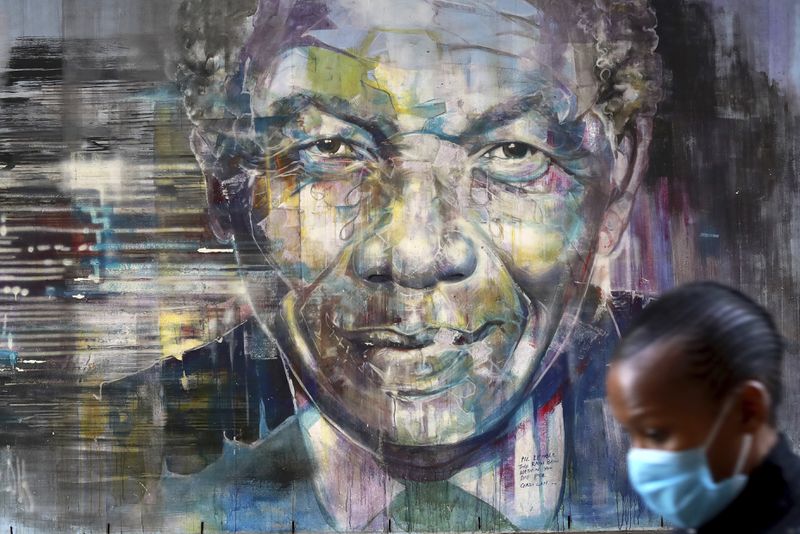 The coronavirus pandemic and racial tensions have unveiled the damage done by global inequality that has the world at a “breaking point,” the top United Nations official said Saturday.

“Nelson Mandela rose above his jailers to liberate millions of South Africans and become a global inspiration and a modern icon,” said U.N. Secretary-General António Guterres, delivering the Nelson Mandela Annual Lecture, which commemorates the birthday of the anti-apartheid activist, who was jailed for 27 years for his social justice work and then went on to become president of South Africa. “He devoted his life to fighting the inequality that has reached crisis proportions around the world in recent decades — and that poses a growing threat to our future.”

“COVID-19 is shining a spotlight on this injustice,” he said. “The world is in turmoil. Economies are in freefall. We have been brought to our knees — by a microscopic virus. The pandemic has demonstrated the fragility of our world.”

The inadequate health systems, gaps in social protection, structural inequalities, environmental degradation and the climate crisis have all been laid bare, he said, noting that, for instance, poverty eradication efforts have been set back by years, in just a few months.

In addition, the most vulnerable among us are most prone to severe illness from the novel coronavirus, he noted.

“One hundred million more people could be pushed into extreme poverty,” he said. “We could see famines of historic proportions.”

The harsh light of COVID-19 is not unlike an X-ray “revealing fractures in the fragile skeleton of the societies we have built,” he said. “It is exposing fallacies and falsehoods everywhere: The lie that free markets can deliver healthcare for all; the fiction that unpaid care work is not work; the delusion that we live in a post-racist world; the myth that we are all in the same boat.”

Being on the same sea is not the same as being in the same metaphorical boat, he pointed out. “It’s clear that some of us are in superyachts while others are clinging to the floating debris.”

Intersecting inequalities reinforce each other across generations, Guterres said, with millions of people’s lives and expectations all but dictate by the circumstances they’re born into.

“In this way, inequality works against human development — for everyone. We all suffer its consequences,” Guterres said. “We are sometimes told a rising tide of economic growth lifts all boats. But in reality, rising inequality sinks all boats.”

He also invoked “the legacy of colonialism,” reverberating as it does in economic and social injustice, the rise of hate crimes and xenophobia, and the persistence of institutionalized racism and white supremacy, he said.

It’s also woven into the global trading system, he claimed, with colonized economies — independent today or not — more often channeled into producing raw materials and low-tech goods, a situation he called “a new form of colonialism.”

To combat that, we “need a Global New Deal: a redistribution of power, wealth and opportunities,” Guterres said.

“A new model for global governance must be based on full, inclusive and equal participation in global institutions,” he said. “Without that, we face even wider inequalities and gaps in solidarity — like those we see today in the fragmented global response to the COVID-19 pandemic.”

It’s up to those in power to spearhead solutions, he said. In a question-and-answer period after the speech, he called for “massive support” including debt write-offs for the developing world, for starters, reported the Associated Press.

“Now is the time for global leaders to decide: Will we succumb to chaos, division and inequality?” Guterres said. “Or will we right the wrongs of the past and move forward together, for the good of all? We are at breaking point.”