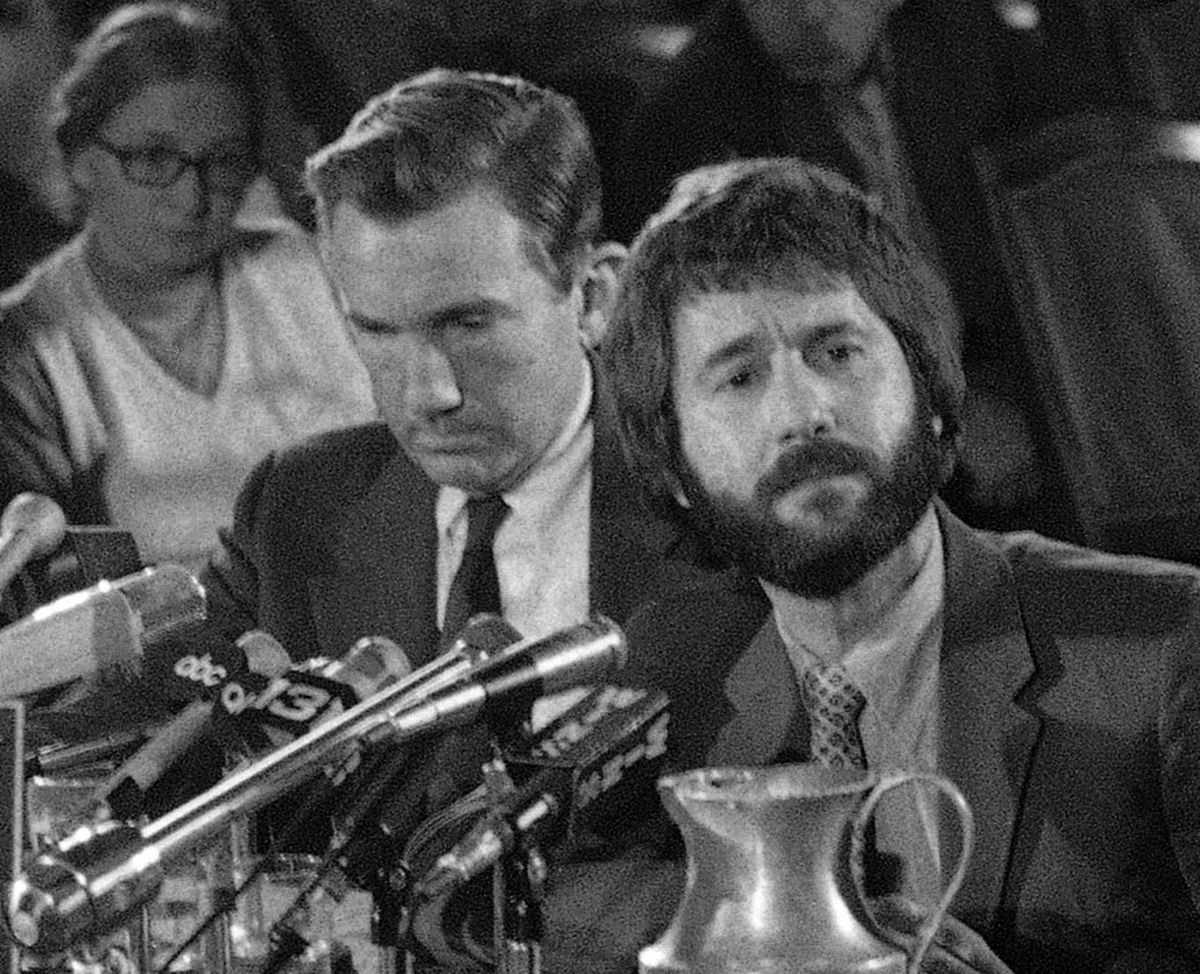 On the morning of Dec. 14, 1971, NYPD undercover detective Frank Serpico put on his only suit. The son of an immigrant cobbler then stopped to get his good pair of shoes shined.

The bearded 12-year police veteran was about to dismantle the department’s infamous “blue wall of silence,” exposing the NYPD’s systemic corruption across three hours of unprecedented testimony before the Knapp Commission and its probe of crooked cops.

A half-century later, the 85-year-old Brooklyn native remains a strident critic of police misconduct and a sounding board for fellow whistleblowers — while sharing his thoughts and concerns on a variety of topics with more than 5,000 Twitter followers.

Serpico, who survived an on-duty gunshot to the face nine months before his testimony and death threats afterward, remains unsure how he’s lasted this long.

“To use the old corny expression, somebody up there must like me, ya know?” says Serpico, his borough accent unchanged by the years. “This is what people don’t understand: You shall know the truth, and the truth will set you free.

“But people are afraid of the truth.”

The incorruptible cop of the Hollywood fame (as played by Al Pacino) emerged as both prophet and pariah during his riveting televised testimony that detailed the department’s blind eye toward cops disgracing their badges. Gambling operations, for example, put cops “on the pad” — offering cash payoffs in return for immunity from the very officers entrusted with taking them down.

Serpico remembers the day clearly. He sat before a bank of 11 television cameras inside the jam-packed Great Hall of the New York Chamber of Commerce. He recalls no nervousness, just a deep belief in his message.

“I felt that finally I was going to tell the world and nobody’s going to interrupt me,” Serpico said by phone from his upstate home. “I thought, ‘I know the truth.’ … Every single word was mine, and it came from the heart.”

Serpico testified about a meeting with a top Lindsay administration official where he provided names, places and the amount of payoffs to crooked cops.

“After hearing all I said, he said, ‘Well, what do you want me to do about it?’” he told members of the commission.

Those words resonated through the decades given the NYPD corruption cases that exploded over the years: The Mafia Cops, the “Dirty Thirty” precinct, drug-dealing cops in the 75th Precinct, the “Buddy Boys” of the 77th Precinct.

Serpico, in his statement at the Knapp hearing, predicted the likelihood of similar probes in the future.

“We must create an atmosphere in which the dishonest officer fears the honest one, and not the other way around,” he said bluntly. “I hope that this investigation and any future ones will deal with corruption at all levels within the department.”

A childhood encounter between his Italian father and a beat cop inside the old man’s Brooklyn shoe business resonated with Serpico through the years. The dad ran the officer off for seeking a free shoeshine as young Frank stood watching.

“Never run when you’re right,” the father told the son.

Serpico never did, even as his fellow cops ostracized and demonized their colleague before and after his June 1972 retirement. He famously survived a gunshot to the face during a Brooklyn drug bust on Feb. 3, 1971, and became emotional recently when discussing his near-death experience.

“My first thought, right after the bullet, was ‘Is this it?’” he recounted. “And then I saw my life, like on flip cards, go all the way in review. It was like fast slow motion. I just saw this light, and it was like a threshold dividing the light from the dark. Then I heard a voice say, ‘It’s all a lie.’ Then these voices, sounded like little children, calling my name: ‘Frank, are you coming?’

“I screamed defiantly back in silence, ‘No! No! I’m not coming, I’m gonna live!’”

And so he has, traveling the globe before settling on 50 acres two hours north of his birthplace and continuing to answer his lifelong calling. Serpico took up the cause of NFL star Colin Kaepernick after his refusal to stand during the National Anthem, and remains a sympathetic ear for whistleblowers worldwide.

“The #BWS (blue wall of silence) like the KGB is more of a threat to equality freedom and justice in a society than the Mafia’s Omertà,” read one recent tweet. “Until it is abolished policing will not improve.”

Serpico remains the last man standing from the long-ago hearings. David Durk, his NYPD cohort in exposing the corruption, died in 2012. One-time U.S. Attorney General Ramsey Clark, who accompanied Serpico to his testimony, passed away this past April. Commission head Michael Armstrong died two years ago.

While Serpico remains forever yoked to the term whistleblower, he prefers the word “lamplighter” to describe those exposing truth in the darkness. He and ex-New York Times reporter David Burnham, the first to tell Serpico’s tale of corruption, share a long-running debate about another word to describe the ex-detective.

“He calls himself a cynic,” said Burnham. “And I say you’re not a cynic. You’re a skeptic. He won’t accept it, but I still say it.”

Either way, 50 years removed from his Knapp Commission testimony, Serpico continues to follow his singular path with a singular mission: “I want to tell the truth. That’s what I want to do.”