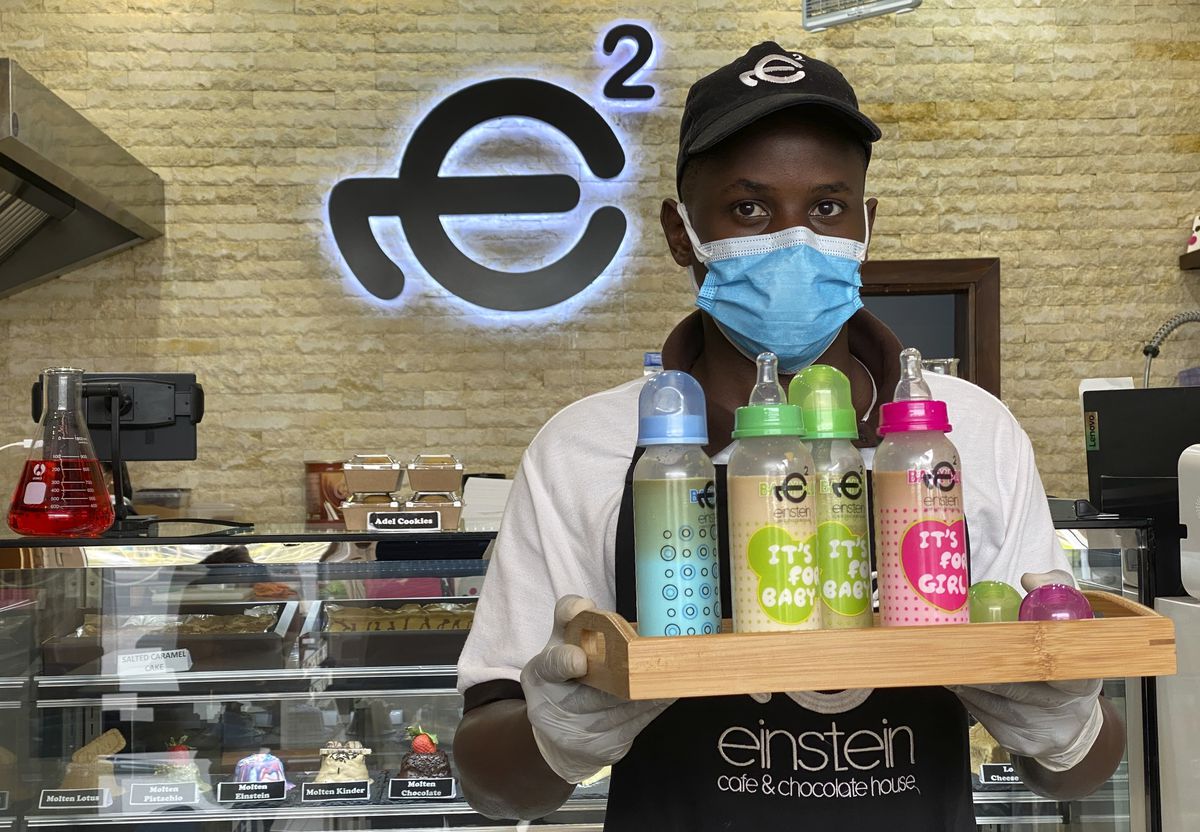 The coronavirus pandemic is turning some of us into bottle babies. And Mom and Dad are having none of it.

After a year in various stages and forms of lockdown, stalked by a deadly pandemic virus and buffeted by loss, who wouldn’t want to imbibe the caffeine needed to slog through one’s day from a comforting baby bottle?

In several Gulf Arab states, this has gotten real as cafes have actually started selling coffee and other cold drinks in baby bottles. Popular dessert chain Einstein Café kicked off the trend, The Associated Press reported, building on its existing bestselling baby themes such as a milkshake infused with baby cereal.

However, the chain’s owners did not expect this particular incarnation to boil over as it did.

“Everyone wanted to buy it, people called all day, telling us they’re coming with their friends, they’re coming with their father and mother,” Younes Molla, CEO of the Einstein franchise in the United Arab Emirates, told AP this week. “After so many months with the pandemic, with all the difficulties, people took photos, they had fun, they remembered their childhood.”

Instagram and TikTok blew up with colorful photos of various drinks, from coffee to teas to juices, reported the AP.

However, while it’s wildly popular among consumers, the trend has run into opposition: parents don’t approve.

Several governments have ordered cafes to stop selling drinks this way, with reasons ranging from disrespect of cultural customs, to a violation of COVID safety protocols.

Earlier this month the Bahrain government ordered all outlets, cafés and restaurants to stop serving beverages in baby bottles.

“This practice violates proper commercial principles and flouts Bahraini customs and traditions,” Bahrain’s Industry, Commerce and Tourism Ministry said, according to Gulf News. The government even sent police into cafes armed with live cameras to catch the suckers in the act.

Saudi Twitter users and media personalities condemned the trend in the harshest terms, with popular news website Mujaz al-Akhbar lamenting that the kingdom’s “daughters have suffered from a loss of modesty and religion.”

The United Arab Emirates also quashed the practice. In Dubai, the Commercial Compliance & Consumer Protection Sector of the city government banned the practice on grounds that it is “against local customs and the precautionary measures in place against COVID-19,” Gulf News said.

In some places, people were bringing in their own bottles, Gulf News reported, and authorities were shutting down cafes entirely as tattletale social media users ratted them out.

The Twittersphere erupted, as is its wont, with memes galore, the Khaleej Times reported.

“I believe people who are into the coffee baby bottle trend are people who have reached rock bottom,” joked one tweet quoted by the newspaper, with another user calling the practice “part of your regression therapy,” and another bemused poster observing, “It’s just too absurd to think that right now there are grown men and women drinking coffee from a baby bottle.”