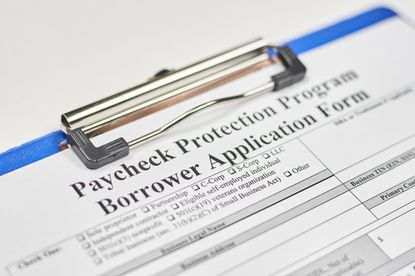 A Massachusetts man who staged his own suicide in a bid to avoid punishment for defrauding the government out of $543,000 in COVID-19 relief loans was sentenced to more than four years behind bars.

David Adler Staveley is the first person in the country to be charged with fraudulently seeking out pandemic business loans, according to authorities. He and his co-conspirator David Butziger wrongfully claimed they owned four businesses, including three restaurants, and filed for assistance for each of them under the CARES Act Paycheck Protection Program.

The men told a Rhode Island bank their businesses had “large monthly payrolls when, in fact, they did not own the businesses,” according to a press release by the U.S. Attorney’s Office for the District of Rhode Island.

Authorities launched an investigation after a tipster, who had access to the suspects’ emails, alerted them to the illegal activity.

Staveley eventually confessed to crime, telling authorities he filed fraudulent loan applications seeking $185,570 to pay employees at Top of the Bay restaurant $144,050 at Remington House Inn restaurant, both in Warwick; $108,777 at On The Trax restaurant in Massachusetts; and $105,381 to pay employees at Dock Wireless, an unincorporated business.

Top of the Bay, Remington House Inn and On The Trax were all closed at the time of the filing, and they remained shuttered as of Saturday. He has no association with the businesses. Dock Wireless had no employees and no wages were ever paid by the business.

Following his arrest in April, Staveley was released to home detention with electronic monitoring, but just three weeks later, he removed his ankle monitor staged his own suicide, and fled.

“Staveley left suicide notes with associates and left his wallet in his unlocked car that he parked along the ocean in Massachusetts,” according to the press release.

“Further investigation determined that between May 26 and July 23, 2020, Staveley, who was to have appeared in federal court on June 2, 2020, traveled to various states using false identities and stolen license plates.”

He was ultimately captured in Georgia on July 23 last year.

Butziger is scheduled to be sentenced on Nov. 1.